Themes:
Symposium 1Online
What:
Talk
Part of:
Symposium 1 (PT 2). Tree rings from national forest inventories: a timely opportunity to assess tree growth across space and through time
When:
11:00, Tuesday 28 Jun 2022 (15 minutes)
Where:
Amphitheatre (SH-2800)
How:

Mexico has a forest cover of 660,400 km2, representing 34% of its territory. Due to deforestation and land-use change, Mexico has lost 32,200 km2 over the last 25 years, representing 1.9% of its territory. Mexican forests are now additionally threatened by climate change. Currently, there is no assessment of the impact of current and future climatic changes on forest productivity to develop mitigation and adaptation plans in the forestry sector. Most growth studies in Mexico focus on climate-growth responses, using tree-ring analysis. The drawback of these studies is that they are mainly focused on water-stressed old trees that do not represent the broad spectrum of Mexican forest's structural, topographical, and edaphic conditions. Our study analyzes the influence of climate on tree growth and wood density of 600 cross-dated increment cores of 37 conifer species from Mexico's National Forest Inventory. Our results indicate a positive relationship between tree growth and precipitation for two periods: from April to June (Pearson correlation coefficient r = 0.34), and from September to October (r = 0.26). Maximum temperature and solar radiation influenced tree growth negatively from April to September (r = 0.28 and 0.29). Winter minimum temperatures and winter solar radiation positively influenced tree growth from December to January (r = 0.2 and 0.28). Mean diurnal range and annual temperature range correlated negatively with tree growth (r = 0.33 and 0.32). Finally, wood density was negatively related to altitude (r = −0.42) and positively to annual minimum and maximum temperatures (r = −0.42 and −0.41). We discuss the implications of these results in the context of Mexico’s forest biomass and carbon assessments. 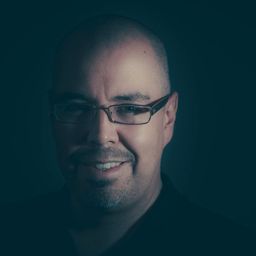