Panel 4 - Film - Reviving the Sound, Sentiments, and Melodies of the Aramaic chants in India: Revisiting the Past to Redefine the Future - Joseph Palackal, Christian Musicological Society of India

The generation that lived through the transition of liturgy from Syriac (Aramaic) to the vernacular in the 1960s in the Syro Malabar Church in India, continues to own an extensive memory base of sounds, melodies, and meanings and collective memories of the Syriac chants; these were once significant markers of identity of the St. Thomas Christians, also known as Syriac Christians. While many of the chant texts are available in books and manuscripts, the melodies and their specific sonorities, which were mostly transmitted orally, are gradually fading from the memories of the transitional generation. This generation is the last link to a unique legacy of the linguistic and musical traditions that came about through cultural interaction between India and West Asia, starting from the early Christian era. The interactions between the St. Thomas Christians and the Portuguese missionaries in the sixteenth century led to the creation of a vast repertoire of the Syriac translation of Latin chants. The film presents excerpts from the recent attempts to revive the memories and melodies and transfer them to the younger generation of the Syro Malabar Catholics in India, and the USA. The current political upheavals in the Middle East, which is the primary source of the Syriac heritage in India, are adversely affecting the preservation of these cultural treasures of humanity. Hence the relevance of the Aramaic Project in India. The film will also draw attention to the endangered linguistic and musical treasures that deserve immediate scholarly attention. 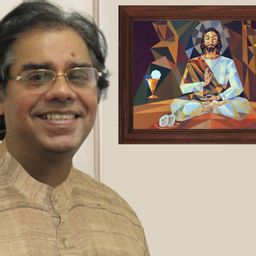