Partie de:
Atelier 2 - Le hip hop et la politique du «devenir»
Quand:
1:30 PM, vendredi 24 mai 2019 (2 heures)
Pauses:
Pause café   03:30 PM à 04:00 PM (30 minutes)
Où:
Université du Québec à Montréal (UQAM) - DS-1520
Comment:
America’s reflections of me, that’s what a mirror does”, an indicative take on black representation by popular rap artist Kendrick Lamar. The emergence of rap music as a cultural form has provided an important genre and site of analysis for cultural studies as a way to better understand black experience, representation and oppression in North America. Rap music emerged in the 1970s as a counter­culture to popular disco and has evolved over the decades as a result of changing political and racial discourses. Artists such as N.W.A, Childish Gambino, and Kendrick Lamar are seen as monumental figures in the progression of music that works with black rights movements to portray black experience. How does Lamar’s music both complements the Black Lives Matter movement, while also existing as a site of protest within itself? The paper forwards the relation of music and politics, examining how they are used to strengthen and complement each other in order to raise awareness of racial oppression and subvert dominant narratives while both negotiating and re­defining racializing stereotypes. The work of Stuart Hall (Jhally 1997) and critiques of race, stereotypes and signification used, work to explain the success and implementation of the multiple modalities of race that Lamar employs and how his songs and performances work to mobilize the BLM movement. As politics continue to influence and shape public perceptions, it is critically important to look at media that work to re­define and subvert hegemonic norms, while mobilizing a wide critique on the visibility of racialization. 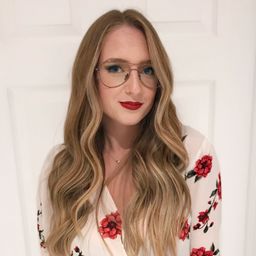