Partie de:
Atelier 3 - Perspectives musicales mondiales au 21e siècle
Quand:
4:00 PM, vendredi 24 mai 2019 (2 heures)
Où:
Université du Québec à Montréal (UQAM) - DS-1520
Comment:
The Indonesian archipelago is not only home to the world’s largest Muslim population, but also to a thriving and widespread punk community. On Java, Indonesia’s most populous island, the purpose of punk music has undergone a notable shift, transitioning from a platform of political rebellion to a gateway for pious practices. At the crossroads of punk and piety, how is identity negotiated for today’s Javanese Muslim punks? By using punk music as a tool through which to analyze socio-religious phenomena, my research aims to situate the dynamic practices of Muslim piety in the 21st century, and further explore how these are shaped by rising conservatism, consumer culture, and political ideology. Through ethnographic fieldwork, I highlight the lived experiences of Javanese punks who have witnessed the recent expansion of conservative piety in underground youth culture. Data collected through informal interviews and participant observation in various Javanese punk communities reveals that the negotiation process between punk and Islam is characterized by both ruptures and reconciliations. While most punks find unique and effective ways to balance these two seemingly contradictory spheres, other Javanese Muslims choose instead to embark on the hijrahpath, causing a complete dissociation between their former profane self and a new devout identity. This trend, popularized by pop culture icons and merchandising, reflects the reverberations of the Islamic revival and of wider ideological shifts on Javanese youth cultures. 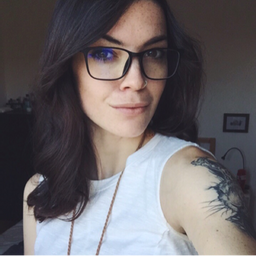