4- Loss and Failure in the Canadian Music Industries: 1975 to 1995 - Brian Fauteux, University of Alberta

Partie de:
Atelier 6 - La collection EMI Music Canada et l'industrie canadienne de la musique
Quand:
4:00 PM, samedi 25 mai 2019 (2 heures)
Pauses:
Circuit guidé "Montréal en jazz"   06:00 PM à 08:00 PM (2 heures)
Où:
Université du Québec à Montréal (UQAM) - DS-R520
Comment:
A prominent narrative is that cultural policy in the form of Canadian Content regulations, introduced in 1971, instigated the promotion (and in some cases, heavy repetition) of a handful of artists who found modest to significant success through radio exposure and record sales. However, what a tale of Canadian Content and nationally successful acts neglects are the numerous artists and musicians who were signed to labels like EMI Canada and who received money for live tours and promotional campaigns, but did not find success. These artists have been marginalized within our understanding of the investment in Canadian culture (both by commercial entities and state bodies) and in the popular history of the Canadian music industries. This proposed paper uses financial records of artist spending between 1975 and 1996, held by the EMI Canada Collection, to provide a greater sense of the variety and scale of artist activity and financial investment into Canadian artists over this period. Examples of artists featured in this collection are more well-known acts like Tom Cochrane and Corey Hart, as well as, by comparison, lesser known artists including 13 Engines, Sheriff, and The Deserters. This paper positions EMI Canada within the political economy of the international media industries to consider the prominent role of multinational record labels in shaping Canada’s music industry, as well as to advance and question ideas of loss, failure, and erasure within an interrelated framework of music, history, and capitalism. 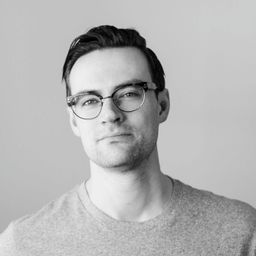