1- The Recording Studio as an Internationalization Tool for Afro-Colombian Music: The Role of Independent Record Labels in the City of Bogotá - Ons Barnat, Universidad de los Andes

Since the beginning of the 2000s, the city of Bogotá welcomes a singular phenomenon, very much alive today and almost unthinkable only a few decades ago: the commercial and critical success of musicians of Afro-Colombian origins carrying "traditions" coming directly from the most disadvantaged regions of the country. Within this panorama, Afro-Colombian music is experiencing a renaissance through the recording, for commercial purposes, of "traditional" musical genres designed for a colombian and international urban audience. Drawing from Eliot Bates question about how is tradition produced in twenty-first century digital recording studios, this presentation will address some of the challenges faced by independent music labels that are promoting “traditional” Afro-Colombian music to wider international audiences. Based on different case studies of recent practices of recording Afro-Colombian music in Bogotáー with producers such as Diego Gómez (Llorona Records), Urián Sarmiento (Sonidos Enraizados), Juan-Sebastián Bastos (Tambora Records) and Julián Gallo (Juga Music)ー we will enlight how the creative use of studio technology helps independent record labels crafting and promoting musical projects that are either labeled as “traditional” or “fusion”, and what these two categories can reveal about the creative and commercial processes at stake in this contemporary phenomenon. 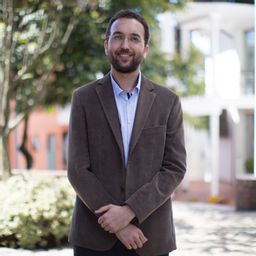