Track:
Food
What:
Talk
Part of:
Food 3
When:
10:00 AM, Sunday 6 Oct 2019 (30 minutes)
Where:
Sherbrooke Pavilion (SH) - SH-2580
How:
Launched in 2016 as part of a participatory action research project supported by the Nunavik International Human-Environment Observatory (OHMI-Nunavik), the community-based ediblegardening project in Kangiqsujuaq is now closing out its second growing season. The initial objective was to explore northern agriculture’s potential contributions to improving food security and food sovereignty in Nunavik. Based on cold-frame techniques (unheated wooden frames with glass tops used for protecting plants), the project brought together researchers, youth, adults and elders in its different phases including through the construction of the cold frames themselves, their installation, planting and harvesting. Since 2018, the initiative has been led by the project manager of the Northern Village of Kangiqsujuaq. Thanks to help from the Nunavik Regional Board of Health and Social Services (NRBHSS) and the Kuujjuaq Greenhouse, and to the various gardening workshops held in the winter, the community was able to kick off their first growing season in July 2018. In parallel, several other community edible-gardening projects have emerged in Nunavik, including in Inukjuak and Kangiqsualujjuaq. Through gatherings organized by regional organizations, new

connections have been built. Yet, several challenges still exist, including the need for long-term support and the development of a larger network to recruit and train local people using culturally appropriate techniques. Three years on from the beginning of the project, what lessons have been learned? How do we apply these trials in Kangiqsujuaq to other gardening projects in Inuit communities? 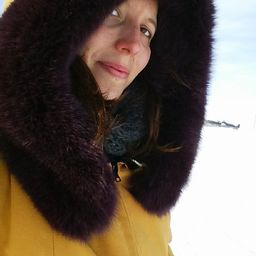