Track:
Knowledge
What:
Panel
When:
3:00 PM, Sunday 6 Oct 2019 (1 hour)
Where:
Sherbrooke Pavilion (SH) - Amphitheatre (SH-2800)
How:
Mr. Bernard Saladin d’Anglure C.M., President of Association Inuksiutiit Katimajiit Inc. stated in his letter dated August 9, 2017:
Some changes have occurred since last spring at Études/Inuit/Studies, and a new context has brought a few adjustments to management of the journal. In keeping with the processes of reconciliation now taking place in Canada, it seemed important to overhaul the way EIS has been managed.

In that same spirit of reconciliation I am proposing a roundtable discussion to tackle the name of Études/Inuit/Studies and the Inuit Studies Conference. The word “studies” has negative connotations for many Inuit as it harkens back to the days when Inuit were put on display or studied as curiosities. This is especially true for Inuit from Nunatsiavut who were taken to Europe during the early contact period, or lured into participation in the 1918 World’s Fair for example.

In 2018 Inuit Tapiriit Kanatami published its National Inuit Strategy on Research which states, “…in 1996, for every 7 Inuit, there was one publication or dissertation. Research on Inuit has increased with time so that in 2011, for every 3 Inuit, there was on publication or dissertation.” They stress there must be a shift to Inuit self-determination in research. And as Mr. Saladin d’Anglure stated in his letter, Études/Inuit/Studies, was always meant to give Inuit a voice with regards to researching and sharing our own culture and knowledge. A name change would better reflect the fact that Inuit are now leading our own research and are able to present our own findings. We are longer just subjects of study. A roundtable discussion would explore various viewpoints and possible name changes such as the title above, which would reflect contemporary realities and better enable us to move forward in the spirit of reconciliation. 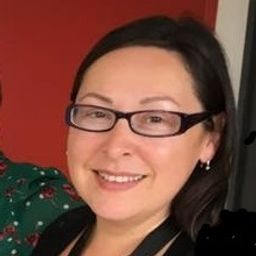