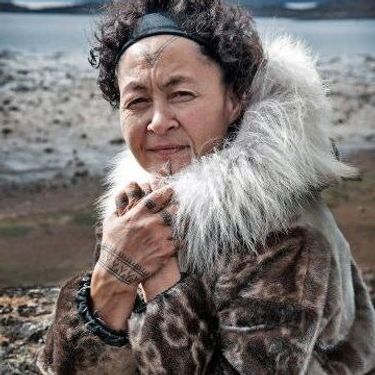 Aaju Peter is a lawyer, businesswoman, and activist. Member of the Order of Canada, recipient of the Queen Elizabeth IIʼs Diamond Jubilee Medal, and activist on such topics as the Inuit seal harvest and climate change, she has been featured in such documentary films as ”Angry Inuk”, ”Arctic Defenders”, and ”Tunniit: Retracing the lines of Inuit tattoos”. She has performed drum dance and traditional singing across Greenland, Canada, and Europe and is also a designer of sealskin fashion. She was part of a Canadian delegation to the United Nations in The Hague to protest the European Union ban on sealskin.