Alethea Arnaquq-Baril is an award-winning director, producer, and screenwriter of such films as Angry Inuk (2016), Throat Song (2011), Tunniit: Retracing the Lines of Inuit Tattoos (2010), and Lumaajuuq: The Blind Boy and the Loon (2009). Her most recently produced film, The Grizzlies, is based on the true story of a lacrosse team in Kugluktuk, Nunavut, created to combat youth suicide. Arnaquq-Baril was awarded the Canadian Meritorious Service Cross in 2017. She is also a published childrenʼs author, an Inuit traditional tattoo enthusiast, and Inuit seal hunting activist. 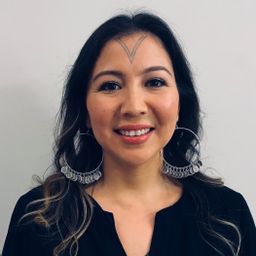