Track:
Heritage Changes the Social Order
What:
Regular session
When:
9:00, Monday 6 Jun 2016 (6 hours)
Where:
Concordia, John Molson School of Business Building (MB) - MB 5.215
How:
Heritage processes vary according to cultural, national, geographical and historical contexts. Since the late 1980s, the phenomenon of contestation in heritage has been increasingly recognized. However, there is still little detailed and situated knowledge about the range of actors present in contestations, the variety of strategies they pursue, the reasoning behind their choices, the networks they develop, and how, from all this, heritage has been and is constructed. More often than not, contestation appears to be essentialized as occurring between the "state" (often treated as a monolith) and the people or the community (such as certain uses of the idea of authorized heritage discourse in uses of heritage). Following this trend, much of the growing body of scholarship on heritage has tended to assume universalising theoretical positions based on limited, specific contexts, thus somewhat compromising the ability to draw nuanced and theoretical positions that take into account the diversity of contexts within which heritage is produced.
This session acknowledges the emerging trends in heritage studies which take into account what may be described as relational aspects of heritage construction, such as those inspired by Deleuze, which examine heritage in terms of assemblages (Harrison 2013), Latour’s actor-network theory (Krauss 2008), or other approaches that are increasingly considering heritage as part of human, material and social flows. The premise of this session is that heritage is constructed, contested and negotiated through actions of players or actors and within traceable places and spaces (arenas) through the course of time. Of interest here are the mechanisms of heritage construction and contestation as well as the conceptual and theoretical perspectives that may drive interpretation of realities on the ground.
The session is open to scholars from any field of enquiry. We invite contributors to focus on different aspects of heritage in diverse areas to examine questions including but not limited to the following:
• Activism is not limited to individuals. A player in heritage may be an individual, a compound player such as an NGO, or even a state entity such as a heritage organization with divergent internal perspectives. Who is a heritage activist? How do activists identify themselves?
• How does the material turn in social sciences, with its recognition of the role of non-human actors and distributed agency, transform our understanding of contentious heritage?
• What is the micro-politics of heritage in social movements, including preservationist movements?
• What is the relationship between heritage and individual or collective activism?
• How does activism change heritage and how does heritage change activism?
• How does engagement with media transform heritage? What are the preferred modes of communication and media for heritage and why? What does the preference tell us about the relationship between civil society, public sphere and heritage?
• How and why is heritage transformed into a cause?
• How does advocacy for heritage manifest itself?
• Where does contestation take place? And why?
• What is the role of space and place in forms of contesting heritage? Does contestation lead to new definitions and experiences of place and space? At what scales?
• Other questions that may explore the relationship between agency, materiality, affect and heritage will also be considered. 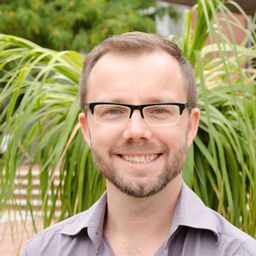