12.00  Archaeology and Intangible Heritage: Digging Up a Local Myth

Since 2009 a team from the Université du Québec à Rimouski (UQAR) has been carrying out archaeological research on Saint-Barnabé Island. The island dominates the Rimouskois’ imagination as much as it dominates their landscape. Although most of it now belongs to the city and is opened to the public, most Rimouskois have never set foot on it. It has thus been an ideal scene for many stories and tales, all still alive in a vivid oral and written history. From farmers, lumberjacks to bootleggers, the islanders have become characters of the local collective memory. One of them, Toussaint Cartier, known as “the hermit,” has a special place in local history. Before the excavation revealed traces of indigenous occupation, he was the first known inhabitant of the island. His presence, from ca. 1728 to his death in 1767, is well documented by legal documents. However, these documents remain silent on the hermit himself, on his background, on the reasons why he led a solitary life on the island, even on whether he was known by his real name. A short note in the journal of the Marquis de Montcalm suggests that the hermit already aroused curiosity during his lifetime. After his death, continuing interest fuelled the construction of characters ranging from the romantic, broken-hearted widower of Frances Brooke’s novel The Story of Emily Montague (1769), to the holy man dedicated to prayer pictured by Joseph Signay, archbishop of Québec. However, further accounts of Toussaint Cartier have freely combined both characters and later ones to build a changing mythical figure still central to the Rimouskois’ imagination.

The excavation project was initiated at the invitation of the local tourism board, Tourisme Rimouski, who sought to add to the touristic offerings of the island by putting forward its human history, in addition to its natural environment, with a focus on the island’s mythical hermit. The project merges academic research, student training, and public outreach. While engaging with a local myth contributed to the visibility of the project locally, it soon became clear that archaeology itself was also of great interest for the public and media, in a region where archaeological activity had been carried out by outsiders and rarely made accessible to the public. Every year since 2009, the archaeologists working on the island have received hundreds of visitors, including tourists and locals seeking a material encounter with the island’s history and legends. Archaeology has thus contributed to intangible heritage.

While the interpretation on offer and the visitors’ interests first focused on a single eighteenth-century occupant, archaeology has shed a new light on earlier and later occupations and uses of the island. It has shown that archaeology can contribute to broadening the scope of the visitor’s interests and media coverage. This, in turn, has contributed to broadening Tourisme Rimouski’s projects for the island and to fully integrate archaeology in its interpretation and touristic offerings.

This project also contributed to building a local archaeological practice and expertise based at the UQAR. In addition to an initiation to archaeological fieldwork, the exposure of the project in the local media and the interest of the public contributed to strengthen the students’ training, as actors able to appreciate the stakes of heritage in local developments and local identity. 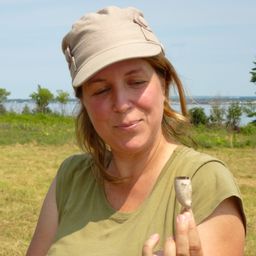 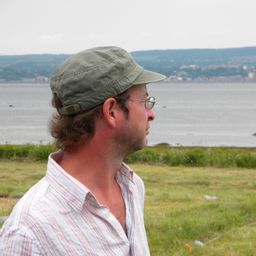