09.30  Architecture on Fire: A Psychoanalytic Approach to Heritage Studies

There is an assumption that architecture emerged around fire. Hestia, the Greek goddess of the hearth, or Vesta, the Roman one, were both central in architectural space and in the life of the city. Fire is at the beginning of architectural creation thus also the latter’s first memory. Historically, most major cities in the world have been partly or fully destroyed by fire. Yet fire is still a lurking threat to contemporary urban environments. Urban fires are usually accidental but sometimes even deliberate. Cities in Egypt, Syria, Libya, and Tunisia suffered fire destructions during the Arab Spring; Athens has repeatedly been burned during protests against austerity; London and other cities in the United Kingdom were severely burned during the riots in 2011. Regardless of how an urban fire starts, buildings, including heritage, are the silent victims, and fire is their last memory.

Considering that fire is present from the birth to the death of architecture, this paper will look into the ways that architecture embraced the element throughout the years, from the primitive hut to the contemporary building. Using therefore fire as a methodological tool to explore memory, I draw on theories of evolution and propose an archival reading of architecture through which buildings, including heritage, appear to carry with them memory of their entire past, thus making the function of conservation somehow redundant. Finally, I develop a psychoanalytic approach to conservation based on Jacques Derrida’s understanding according to which archives, thus also buildings, are associated with the Freudian unconscious, and argue that conservation can result in the repression of the death drive unless the latter is sublimated. This further suggests that heritage protecting policies must relax accordingly, allowing for less strict conservation regimes where “controlled destruction” can also take place.

The aim of this paper is to introduce psychoanalysis to heritage studies. Through a psychoanalytic perspective, the protection of urban heritage becomes a product of public engagement, and issues such as the necessity for an international conservation policy or an agenda for the protection of the “heritage of the future” become less significant. 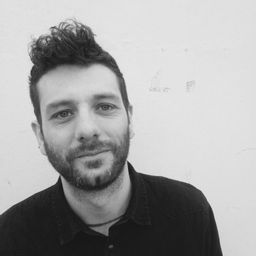