09.20  For a Transdisciplinary Approach to Heritage Conservation: Memory, Aesthetics and the Issue of Authenticity

The issue of authenticity seems to be currently a real focal point for understanding and also identifying the challenges of historic heritage. During the twentieth century, it has been addressed by several philosophers and experts. In addition, authenticity has very often been considered a “hub” to understand the present and it has been a topic for the epistemological research; from Walter Benjamin to Martin Heidegger, from Paul Sartre to Jacques Derrida, from Alessandro Ferrara to Charles Taylor (to mention but a few), authenticity has constituted a main point around which people have drawn up their theories and thoughts. On the other hand the issue of authenticity represented—and represents nowadays—a very critical point for heritage conservation. In particular, the globalization of the heritage debate consecrated by the Word Heritage Convention (1972) and its further elaborations concerning the notion of authenticity, progressively rattled European certitudes about concepts as essential as authenticity, leading to the replacement of the self-confidence expressed by the Venice Charter by relativism, as it is shown in the Nara document. But we cannot overlook the fact that, in the same years, during the era of the emergent postmodern movement, the restoration culture intersected with some orientations of the psychoanalytic and aesthetic fields that dealt with memory in connection with the “places” and the tangible presence that historic buildings represent.

This paper will aim to analyze the fluctuations of the significance of authenticity at the present time in relation to cultural heritage taking into account the relationships between place and individual and collective identity/memory. An overview of the working experiences on this issue will be carried out, as for example, the one related to the Italian “Rivista di psicologia analitica” team and Roberto Pane’s “istanza psicologica.” In addition will note other contributions such as those of J. Hillman (archetypics, mind and architecture), F. Yates (“The art of memory,” 1966) and those who have faced the relationships between images, memory and places that are strongly connected with the various issues of heritage conservation. These are only few of the notations that make us think of heritage as the physical expression of “layers of significances,” as “experienced places” in which communities recognize themselves, and finally as a “place” of authenticity.

Moreover, we must note that these issues have lead us to reflect upon a persevering concept that we find in contemporary aesthetic thought; that is the “experience place.” This is together with the link to corporeality, which represents the “hub” of experience as an emotional, operative and finally an intuitive place. This brings us to consider urban historic landscapes accordingly with the contemporary visions and stakes of built heritage, referring also to historical heritage’s perception inherent to the current technological transformations. Since we can affirm that the idea of authenticity depends on two main factors—such as the interpretation of built heritage in the phenomenology of its physical elements and the perception of the past to which it belongs—the paper will focus on the issues concerning the use of heritage, by taking into account the current perspectives in the field of aesthetics and the new implications of “digital heritage” that might affect the notion of authenticity. 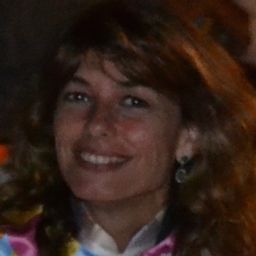