In 1997, China established its first ecomuseum as a new heritage protection and management strategy in the rural sector. China has since experienced a wave of ecomuseum project development across the country, situated within a larger nation-wide museum construction boom and national heritage protection campaign. Ecomuseums found in southwest, and most recently created in eastern and northern China, add to the almost four thousand museums in China, which have risen from a mere three hundred in 1978. As “museums without walls,” encompassing the entire cultural landscape of a locality, ecomuseums in China signify the country’s embrace of globalization and Western global heritage trends. In theory, the European conception of ecomuseum does not adhere to the ideological and physical confines of the traditional museum space and is driven by a mission to involve local populations in the interpretation, management, and protection of their cultural heritage. However, through the adaptation process of such initiatives in China, primarily developed in poverty-stricken ethnic minority rural communities, the ecomuseum has become a mechanism to integrate the preservation of local ethnic cultural heritage and the establishment of new cultural economies based on heritage tourism. In fact, ecomuseums in China seem to remain situated within a traditional museum paradigm and authoritative heritage discourse.

This paper will explore the trajectory of the adopted “new museological” approach and ecomuseum development in China. Based on extensive ethnographic fieldwork on ecomuseums in China, I will argue that along different stages of the ecomuseum movement, from projects in Guizhou to Guangxi and most recently in Han Chinese populated eastern and northern China, perceptions and practices of ecomuseums have changed and have altered nuanced community engagements with heritage and competing heritage discourses. There is a significant difference in mission from state-promoted poverty alleviation and cultural commoditization among ethnic minority ecomuseums and rural revitalization and nostalgia tourism among Han Chinese ecomuseums. Furthermore, community engagement and involvement in project development and management shows differentiation across ecomuseum initiatives over the course of the ecomuseum concept adaptation. 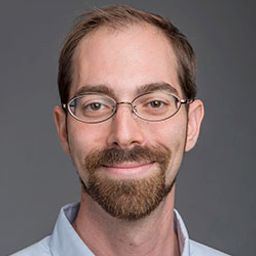