14.00  From Border Bastions to Heritage and Back Again: Crusader Castles in the Mediterranean

This paper will analyze the effect of shifting borders on European heritage concepts by looking at the physical and imaginary transformations of crusader sites since the beginning of the modern colonization of the Mediterranean. The paper will, in particular, examine the changing interpretations surrounding the Crac des Chevaliers in Syria, the crusader cities of Acco in Israel, the city of Rhodes in Greece, the city of Nicosia in Cyprus and the city of Valetta in Malta. Since Napoleon evicted the Knights of St. John from their last outpost, Malta, at the end of the eighteenth century, the expanding European empires rediscovered the site as national-colonial sites. French, British and Italians in particular competed over their ownership and transformed them from half-forgotten bastions on Europe’s borders to core monuments of a national history imagined to have had a colonial dimension since the Middle Ages. Often of strategic importance as well as symbolic value, many of the crusader fortresses found themselves on a new border between powers during the First and Second World Wars. They were re-militarized and further politicized as symbols of colonial and national resistance, or conquest. With decolonization, the sites then changed borders again and they were transformed from tangible reminders of long-standing foreign oppression to Syrian, Israeli, Maltese, Cypriote, Greek national sites. Their history as sites of cross-border exchanges, however, also made them interesting as Pan-European sites when the European Union enlarged, and most eventually also became UNESCO World Heritage sites.

However, in many ways the transition from colonial to national and transnational heritages was not a linear one. At the moment, the celebration of the dissolution of physical and commemorative borders is being disrupted by conflict in the Middle East, the refugee crisis and the reinforcement of the EU’s outer borders. From a historic perspective, the interconnected sites allow us to see the long interaction of local, national, global and colonial ideas in the making of crusader sites and the concepts of national and world heritages more broadly. At the same time their different current fates—Valletta and Rhodes celebrate their diverse heritage within the European Union while Nicosia and the Crac remain sites of conflict—allow us to examine how both local and transnational factors shape the dilemmas and moral implications involved in heritage-making in unique ways. 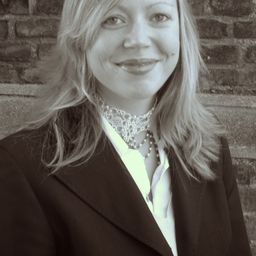