13.50  Interventions in a Shrine: Contemporary Art and the Legacy of the Brontes

In being a memorial to the Bronte sisters—writers of the “unimaginably famous” Jane Eyre and Wuthering Heights—the Bronte Parsonage museum in Howarth, Yorkshire, is one of the most visited literary shrines in the world. Every year, nearly one hundred thousand “literary pilgrims” travel, often long distances, to pay their respects to these long dead writers and explore the liminal space of their home, landscape and literary imagination.

The development of the Bronte Parsonage Museum can be traced from the earliest origins of a Bronte Society in the nineteenth century that determined to “secure and preserve” the memorabilia that was being rapidly sold off to American collectors, through to a twentieth century, increasingly scientific effort, to reconstruct the interiors and present visitors with the home of the Brontes, to a twenty-first century attempt, by way of artists' interventions, to move beyond cliched presentations that reinforce the nature of the Parsonage as a “dead” space or a “mausoleum” full of biographical relics. These temporary challenges to the period interior presentation have been manifest through a Contemporary Arts Programme, in place since at least 2004. Through this programme the Parsonage has commissioned a wide range of artists to make site-specific responses to the museum and its collection. Instrumentalizing artists as “agents of change,” staff involved in the programme have hoped that these installations would “make visible” the legacy of the Brontes and enable “creative experiences” for visitors.

This paper will ask whether the “soft” interventions of artists have been able to “puncture” the surface of the revered heritage the Bronte Parsonage embodies for its pilgrims, and provide a space in which visitors are able to explore current concerns in relation to historical understanding. The paper will draw on a range of primary research into the Contemporary Arts Programme at the Bronte Parsonage, in particular the visitor comment books as “discursively intriguing artefacts.” Also, drawing on recent heritage literature which focuses on the affective, this paper will address what that “legacy” of the Brontes might be, and whether artists who have participated in the museum's Contemporary Arts Programme have been able to “re”present that legacy in a way that is able to move beyond a reverential experience of “cliched” interiors.

While it has been argued that affect is an increasingly important concept in heritage interpretation, this paper will suggest that at the Bronte Parsonage Museum, artworks that do enable powerful emotional experiences are in danger of reinforcing the legacy of the “heritage industry,” rather than a critical engagement with the social and political legacy of the Brontes given that, as Simon Avery has suggested, “fierce class conflict, political turmoil and call[s] for legislative and parliamentary reform [... inflected] the Brontës' writings throughout their careers.” 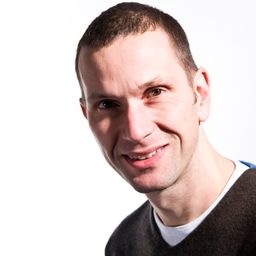