Heritage is a most controversial subject. It may be considered as a way of upholding received wisdom and conservative mores, but it may also be a potent way of challenging established ideas and practices and fostering critical thinking and action. It all depends on the stance we take about heritage. Heritage as a way of understanding present, past and future is a unique subject, interdisciplinary by its very nature. Archaeology has been slow to deal with heritage as its own subject, but in the last few decades the discipline has increasingly dealt with it. Archaeology has a unique role as a discipline concerned with materiality. Worldwide, archaeology has contributed to new practices, particularly since the establishment of the World Archaeological Congress in 1986, as natives, ordinary people and scholars from different backgrounds have been interacting.

Brazil has been a very active participant of this innovative approach for several reasons, not least because of the fact that the concept itself of learning with the people was fostered by Brazilian education scholar and practitioner, Paulo Freire. Archaeology in Brazil, even though established very early in the nineteenth century, took a long time to develop as a modern scholarly discipline, but then it did so as part of a humanist endeavor spearheaded by Paulo Duarte (1899–1984), after the Estado Novo dictatorship (1937–1945) and his return from exile. His humanist approach was soon challenged by a new authoritarian regime (1964–1985), being expelled from academia in 1969. From the late 1979 and the return of exiles resulting from amnesty in 1979, archaeology started to move in a democratic way, particularly since the 1980s and the restoration of civilian rule.

Heritage has also been affected by such moves. Two cases will be studied in this paper, referring to a couple of experiences spread across four states in Brazil (São Paulo, Paraná, Minas Gerais and Rio Grande do Sul). In both cases, university students, both undergraduate and graduate, worked with pupils and the community and were able to study how heritage changes people. In Campinas (São Paulo State), Alfenas (Minas Gerais State) and Pelotas (Rio Grande do Sul State), a project was set up sponsored by the Brazilian Science Foundation (CNPq) and the universities of Campinas (Unicamp), Unifal and UFPel, aiming at producing a booklet for children on archaeology and to study how the kids were transformed by this experience. The results were amazing. Children started with their own perceptions of archaeology as a search for dinosaurs and ended up find out that it deals with human matters, not least the humanity of natives and the study of the struggle for democracy. In Curitiba, Paraná (UFPR), it was

possible to set up a project about students dealing with heritage resulting in a meaningful change in perception by both students themselves and ordinary people visiting the local museum. It is thus possible to conclude that, indeed, heritage changes people, and particularly so in the odd postcolonial and mixed conditions of Brazilian society. Even though these experiences are in Brazil, it is possible to use the case studies elsewhere in the world to challenge the perception that archaeology heritage is distant, irrelevant or even reactionary. Heritage may change people and this way society itself may be transformed in liberating ways. 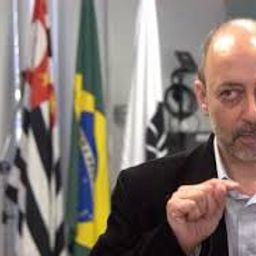