This paper will critically explore how the promotion of culture and heritage is being used by civil society and advocacy organizations to protect communal land rights in the context of large-scale development plans in Northern Kenya. This predominantly pastoralist and historically marginalized region has recently become the focus of extensive development plans, including oil exploration, renewable energy schemes and the planned LAPSSET corridor—an ambitious infrastructural development plan that is supposed to link Kenya, Ethiopia and South Sudan. This is part of the Government of Kenya’s Vision 2030 strategy to make Kenya a middle income country by 2030. These plans also aim to transform the north of Kenya from an “unproductive” pastoralist periphery into a hub of economic development for the region.

Amidst hopes for development, there is also uncertainty. Much anxiety about the future trajectory of northern Kenya centres on the loss of communal lands and traditional livelihoods, cultural assimilation and the loss of pastoralist heritage that may be induced by development plans and privatization. In this context, heritage is emerging as one lever of resistance and negotiating change. A nascent “heritage activism” movement is emerging. This paper will discuss this phenomenon through a case study of the use of a “bio-cultural community protocol” (BCP) that is currently being developed in a small town called Kinna (in Isiolo County) to strengthen a Borana council of elders called dedha who managed grazing. The BCP is intended to enshrine the legal basis for customary land tenure and pastoralism as a cultural right and sustainable environmental practice. Through the development of a BCP the “pastoralist heritage” of cultural management of the environment is being used as a way of protecting communal land tenure. Attempts to promote “bio-cultural” heritage show how heritage more broadly is becoming a salient category through which to negotiate and contest anticipated changes to the landscape. However, the use of heritage in such claims is complicated. The application of the frame of “heritage” as a way of managing natural and communal resources also depoliticizes some local disputes over land use. Initial findings suggest that the promotion of heritage de-historicizes and presents an unrealistically coherent picture of local cultural institutions. It also disguises a variety of different agendas that have aligned as different groups unite behind “heritage” for different reasons.

This paper will contribute to the themes of the panel and the conference by exploring what happens “on the ground” when heritage is used in advocacy strategies. It will explore how the use of heritage changes communal land rights claims and will investigate the opportunities and constraints faced by pastoralist advocates in northern Kenya as they employ heritage in their work. The paper is based on empirical research. The first phase was carried out between November 2014 and May 2015. A second stage will be conducted between February and June 2015. Findings are based on semi-structured interviews with community members and local and international civil society and community rights organizations involved with the bio-cultural community protocol in Isiolo and Nairobi. 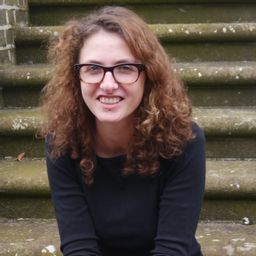