Industrial wastelands seem to have turned into a sort of entertainment zone that attracts unpredictable visitors. By contrast with the ordered urban space, this uncanny territory allows imaginative and creative pathways, subverting the hegemonic and totalitarian logics that define the use of places and the expected behaviour. In order to underline the plurality of gazes upon wastelands and more particularly brownfields, I propose to examine the positions of amateurs displaying or commenting on pictures online.

Since the 1990s, the photographic quest of contemporary urban ruins has become a cultural trend, occurring especially in Western post-industrial countries such as the United States. Due to its fast growth, urbex (urban exploration) is an emblematic figure. It consists in infiltrating man-made structures that are not intended to be visited, whether or not they are abandoned, prohibited, or difficult to access. This leisure activity is usually associated with photography, to keep records of expeditions and possibly upload pictures. Industrial buildings appear among the most explored places, since the scope of the industry left behind a huge material legacy.

Sociologist Alice Mah devoted effort to analyze the visible disrepair subsequent to the last decades of deindustrialization from the local actors’ point of view. According to her, the complex and ambiguous relationships that the inhabitants maintain to the “landscapes and legacies of urban decline” should be read through “place attachment.” Conceptualizing “industrial ruination as a lived process,” she emphasizes “the discrepancies between insider and outsider perspectives,” alluding notably to “dereliction tourism” such as urban exploration. “Photographic representations of industrial ruins,” writes Mah, “tend to focus only on the physical landscapes of abandonment, rather than investigating the social life that surrounds them.” In other words, she deplores the aesthetic obsession for decaying buildings, arguing that this kind of practice denies the people dwelling nearby.

Industrial ruin photographs actually combine different approaches, although they may be polarized around either artistic aestheticism or historical documentation. I would like to show that the development of sensitivity toward industrial ruins should not be interpreted only as a growing phenomenon of fetishism but as a significant totality that implies a dialectic between the individual and the environment, for it construes contemporary heritage awareness as linked to social practices and landscape perceptions, family history and personal experience, in a rapidly changing socio-economic context.

Inhabited by the remnants of a lost world (sometimes that of their childhood), many photographers come to share an attraction to abandoned and neglected places inasmuch as they live in post-industrial urban areas, dotted with derelict shops and disused factories from city centre to periphery. Paradoxically, they describe brownfields as inflow sites where they encounter different users or at least their prints. These spaces are indeed reinvested for recreational or survival activities: playgrounds for children, dens for teenagers, shelters for homeless people, squats for drug users, and valuable sites for graffers, photographers, paintballers, airsofters, scavengers, and so on.

Urban explorers offered me similar observations, mentioning competing uses of wasteland. In search of a genuine atmosphere of places linked to past activities, some enthusiasts blame the attitude of certain visitors who leave their trash, return with salvage pieces, or modify the environment one way or another. In their opinion, disregard for “basic rules,” summarized by the maxim “take nothing but pictures, leave nothing but footprints, kill nothing but time,” leads inevitably to the loss of these places’ value and interest. For others, however, interferences are precisely what enhances the quality of these places. Leaving industrial ruins alive or keeping them untouched are therefore two sides of the same concern for curating human waste. 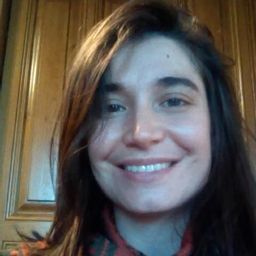