09.30  Spatial Narratives, Deep Mapping and Reactivating the City’s Past for the Future: A Case Study in Hangzhou, China

Historic cities in China are often characterized by long-term history and a material absence of heritage. It has caused difficulties in heritage conservation as the authorized heritage discourse (AHD) is holding sway in China. The idea of making heritage a driver of change has been faced with a challenge in such a context. This paper, by presenting a case study in Hangzhou, China, will argue that the adoption of deep mapping and spatial narratives may help these historic cities re-materialize and reactivate their past for the future. The notion of deep mapping, which originates from a best-seller written by an American writer William Least Heat-Moon, advocates collecting various sorts of data about a place to achieve deep understanding of it. Spatial narratives call for a central role of space and understanding of history in places. When these notions are applied in this study, they are enhanced by the rich local gazetteers, as China has a marvellous tradition of compiling gazetteers.

Hangzhou has a long-term history and glorious past as it was once the capital of the Southern Song Dynasty (1127 A.D.-1279 A.D.). However, the past can hardly be felt due to the material absence of heritage. Invited by the local government, we have been conducting a research project that aims to offer proposals for the utility of heritage for the sustainable development of the city. In the present study, which is part of the larger research project, the historical site where the imperial city of the Southern Song Dynasty was located is chosen as the case. With a disremembered past, the site is now taken up by communities with poorer facilities and a few cultural enterprises. Firstly, the location of the palaces that were in the imperial city were confirmed in contemporary Hangzhou through ethnographic fieldwork with the aid of local gazetteers. Various historical records about the Southern Song Dynasty, including three major local gazetteers and Song Shi (History of Song，宋史), were then consulted to access various data such as the historical events that happened there. Heterogeneous forms of fragmental texts about the place and the palaces that used to be there are entwined as narratives to make meanings for this historical site. The narratives provide resources such as historical stories and poems which, through negotiating with experts of urban planning, communities, and enterprises, could later be “configured on the ground at this historical site” in creative ways, including markers, sculptures, wall paintings. The long-term aim of the study is to form a new cultural landscape through cooperation with experts of urban planning and local community so that the disremembered past could be made visible in urban space and the aura of this heritage site could be activated. 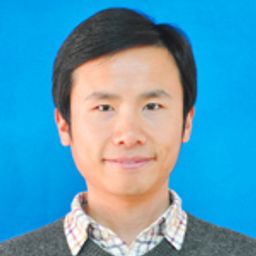