In different circumstances and at different times, the actions of countries, communities, and even individuals may be prioritized and celebrated, forgotten or silenced, or even re-packaged for different audiences. This can happen in order to conform to state-approved historical narratives, to privilege one group’s experience over another’s, to create distance from more shameful or painful events, to reconcile with past traumas, or simply to find a way to coexist in the present. Contested heritage in this sense has been readily discussed within cultural heritage studies for some time. This paper will focus on one such region in which the material legacy of twentieth-century conflict has had significant impact on the landscape and on how it can be regarded as a space with competing meanings, and levels of significance, for different actors.

Finland’s experience in the Second World War has been regarded variously as heroic—through the telling and re-telling of the exploits against the Soviet Union in the Winter and Continuation Wars; embarrassing—through the alliance with Nazi Germany for much of the war; shameful—through the often brutal treatment of prisoners of war on Finnish soil; and painful—through the lost territory in the East that resulted in forced migration, and the evacuations of Lapland during the 1944-1945 Lapland War.

Finnish Lapland in particular had conflicting experiences of the Second World War. From 1940 to 1944 some 200,000 German soldiers were based in Finland, mostly in Lapland. Local recollections from that time often focus on the friendliness of interactions between Finnish and Sámi people, and the German military. Also present were numerous prisoner of war camps, run by both Finns and Germans, and populated mostly by Eastern European and Soviet prisoners.

The 1944-1945 retreat of the German military from Finland into Norway included “scorched earth” tactics, destroying almost all infrastructure and buildings in Lapland; deleting much of the historic environment in the process and requiring the mass evacuation of almost all residents. This meant that those returning after the mass evacuations were confronted with a landscape that was at once familiar and irrevocably different, with profound implications, for example, for cultural memory.

The legacy of the Second World War in Lapland, and in particular of the mass destruction, is currently at times both omnipresent and hidden. The material culture left by now-departed Germans is noticeable for its abundance in the landscape, with different local, national, and even international actors taking ownership and agency over the material remains in different and often-conflicting ways. Meanwhile, in the context of the national narrative, some Lapland locals feel that their experiences are diminished, even silenced, relative to the celebrated experiences in the south of Finland. Coupled with this is the continued view of Lapland as a somehow liminal, exotic, and “other” space compared to other places, even within Finland, and the “dark” lens through which cultural heritage connected to war is often viewed. This is inspired by the concept of “dark tourism”: the touristic experience and consumption of sites connected to conflict, murder, execution, and other atrocities.

In this paper I will explore how the “dark heritage” connected to Lapland’s experience of the Second World War is perceived, exploited, enjoyed, forgotten, or avoided by different parties and on different spatial levels. This includes those residents who returned from evacuation after the war, “incomers” who have been drawn to Lapland through fascination with this period for various reasons, and those responsible for official and “authorized” narratives of Finland and Lapland. Common throughout my discussion are the tensions and power struggles as different perspectives and values are privileged or marginalized over or in favour of others. 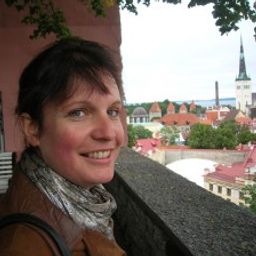