What happens to urban plans and visions when the object for such plans/visions transforms in front of people’s very eyes? On the one hand, outsiders’ preconceived characterizations might exclude existing users and their needs, as is well known. On the other, stakeholders’ attention and interests might wane when confronted by a rather trivial and non-romanticized reality of everyday lives, built structures, and businesses. The aim of this paper is to delve deeper into the latter stakeholder dilemma, in relation to an urban industrial site called Ringön in Gothenburg.

An official urban vision for Gothenburg is to construct a new downtown area that would connect the two banks of the Göta river into a lively urban hub: the RiverCity Gothenburg. Within this wider renewal area, the small–scale waterfront site Ringön has recently been identified and highlighted by cultural agents, artists, and researchers as an urban oasis. It is understood and pictured as redundant, a creatively chaotic retreat, and as a not–yet–established site for art, music clubs, and creative businesses. Simultaneously, the city of Gothenburg has highlighted Ringön in its present state as a unique part of the RiverCity area that should develop according to its very own conditions, which will require new working methods. What do these two somewhat differing understandings of Ringön imply?

My own first visits to the area, some fifteen years ago, gave me a vision of Ringön as a neighbourhood of haphazard small firms, rundown industrial sheds, and battered harbour docks, where one single, to me well–known, business stood out as a profitable ermine among cats. But after visiting the site more often in the last couple of years, and interviewing entrepreneurs who run workshops, warehouses, a shipyard, and other businesses on site, I almost cannot see ruin–like characteristics any longer. Instead, rather vibrant repair and recycling businesses come to the fore: waste is here reprocessed into new raw materials. Leftover furniture and clothes are turned into second–hand goods. New motorbikes are sculptured out of bits and pieces from scrap heap findings.

In this paper, theoretical concepts such as “urban glue” from the human geographer Nigel Thrift and Michel Foucault’s concept of “heterotopia” will be deployed with the ambition to gain a greater understanding of the trivial reality of everyday businesses in Ringön, side by side with the actual and symbolic transformations taking place. What, for instance, determines that certain expressions for the “urban glue” seem to become recognized and involved in visions and plans for an urban transformation process, while other expressions are relegated to the status of implicitly less valuable heterotopic otherness? 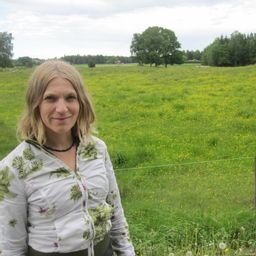