09.00  The Limits of Liminality: A Time and a Place for Ainu Heritage Performers to Sing

Performances and rehearsals are fluid spaces of productive tensions and liminality that allow for potential change to structure and norms. However, little attention has been paid to the precariousness of production and transformation for native and indigenous bodies involved in state-sponsored heritage performance as they move through entangled spaces and time. Sapporo Upopo Hozonkai is a performance group designated by Japan as the official practitioners of UNESCO recognized intangible cultural heritage, upopo and rimse. Through a mix of participant observations and interviews with two Ainu women involved in the performance group, I will explore the temporalities and in-between spaces their bodies can or cannot be Ainu. Both in their late fifties, one lady has been involved as a “tourism Ainu” since she was young, while the other gathered the courage to be Ainu in her early forties. I accompanied them through rehearsals, car rides, dinners, and the stage, from the city centre to the peripheral performance spaces located in the outskirts of Sapporo city; when and where is it difficult or impossible to be Ainu? How do they manoeuvre their bodies as they move through these spaces that contain elements of liminality too?

Located in the intersection of state rhetoric, heritage practice, and the urban environment of Sapporo city, they are involved in a constant production and destruction of their bodies and the physical markers of being Ainu. Specifically, their liminal bodies are sites of production and destruction, due to the nation-state’s constant re-colonization of their indigeneity—a settler-colonial form of native elimination as a structure in progress. State institutions provide various spaces to re-learn and practice upopo and rimse, but the conditions of urban time in which their bodies are inserted as productive, race-d “Japanese” citizens of the state already presuppose a constant destruction of being Ainu. Simultaneously, they continue as survivors in the production of their bodies as Ainu through material and embodied practices. The condition of their bodies, with the common experience of liminality, allows them to maintain a dialogue with their beliefs, practices, and each other. I will argue for a re-entanglement of the creation and destruction of indigenous bodies that rise out of their positions in a “mono-ethnic” settler-colonial nation, within the temporalities of an urban environment, fraught with the danger of being both native and not. We are sustained by the state and the present history of settler-colonization, the very conditions upon which the performers, their performance, and my presence as a foreign researcher are made possible. However, an ambivalent critique of the above condition is simultaneously located in the bodies of these women, in their narratives of being Ainu, their dances during rehearsals and impromptu songs between car rides, and their desires for the next generation to be or not be Ainu.

Theoretically, this empirical study is an exploration of Haraway’s co-constitutivity and becoming. There is an entanglement between liminal bodies, the structure of the nation-state and its project of settler-colonization, in which the construction and destruction of bodies indicate a state of becoming. However, their common experience of precarious liminality or precarious indigeneity places limits on their bodies of being and becoming. This limit grounds them as the indigenous peoples of northern Japan, is the basis of tran-indigenous exchange with other native and indigenous nations, and structures a form of continuity in how or when their bodies interact, interpret, and perform their heritage culture. 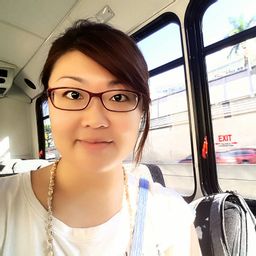