13.30  Casablanca: The Pragmatic Narration of a Modern Heritage

The large Moroccan town of Casablanca has been the object of an on-going heritagization process for several years, but in 2014 it experienced an essential transformation. Casablanca’s downtown is composed of a huge amount of interesting buildings built up during the French protectorate (1912–1956) on Henri Prost’s designed urban scheme. Casamémoire is an independent association composed by a local elite and some Europeans living in town; it is leading the process of preservation and valorization of the Casablanca’s recent architecture.

In the second half of the 2010s, the association included a new target in its own strategy: the UNESCO label under the World Heritage List, an international passage to come back on site with an effective instrument. The proposal of a UNESCO-labelled site was accepted by all the local stakeholders but the first initiative to include it on the tentative list was stopped by the Ministry of Culture. A second initiative in 2013 permitted the admission to the list and now Casamémoire is managing the dossier after an official agreement with the Ministry.

Casablanca’s process of heritage valorization is led by an enlightened elite that is proposing a liberal progressive understanding of local and social development. On a long-term prediction, we can read this heritagization as a part of the potential conflict between liberal and neoliberal visions of the town development. The complex relationship between heritage and power is proposed in the economical capital of Morocco as a strategic issue for “high-level-grassroots” (Casamémoire is undoubtedly a part of civil society but not really a popular composed grassroots force). Casamémoire is able to open a dialogue at the global level to manage the local heritage conservation wills. It was able to reach the UNESCO widespread and mythic level in order to deal with its impact upon the local heritage governance. 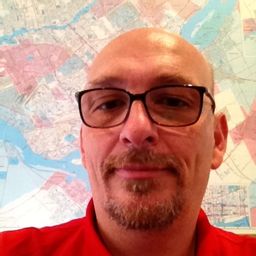