11.00  Intercultural Practices and Collaboration in an International Touring Exhibition: Professional Perspectives on Aztecs from New Zealand, Australia and Mexico

In the museum and cultural world, and also from the point of view of cultural diplomacy, international touring exhibitions have been taken for granted as a way to promote and enhance intercultural understanding, bringing together people, objects and stories from across political, cultural, and geographical borders. Nevertheless, very few studies have empirically investigated this complex process and the way in which the staff from different institutional contexts work together to produce international exhibitions.

This paper will examine these processes and practices through a detailed examination of the first ever touring exhibition exchange between Mexico and Australasia. This was initiated in the mid-2000s by the then Chief Executive of Museum of New Zealand Te Papa Tongarewa (Te Papa), Seddon Bennington, who visited Mexico for discussions with Instituto Nacional de Antropologia e Historia (INAH), the federal administrative body in charge of Mexican archaeological and historical heritage. Te Papa had been hosting international touring exhibitions since 1999, but decided that they wanted to explore options to bring exhibitions from places they had rarely received them from in the past: Mexico and its ancient cultures were an interesting alternative.

The idea of an exchange took form. In the first phase, an exhibition on Maori culture, “E Tū Ake: Standing Strong,” was presented at the Museo de las Culturas in Mexico City, from March to July 2012. As a second phase, “Aztecs: Conquest and Glory” was developed by Te Papa, in close partnership with INAH and two Australian museums. The project involved a model of partnership and co-development that was new for the museums involved. Aztecs was exhibited at Te Papa from September 2013 to February 2014. From there it toured to Melbourne Museum from April to August 2014, and the Australian Museum in Sydney from September 2014 to February 2015. The closure of Aztecs in Sydney in February 2015 and the return of the collection to Mexico marked the end of a cycle of approximately six years of collaborative work between Te Papa and INAH, and of a complex relation between staff from different executive, administrative, and operational levels of several museums in three countries to put together museum exhibitions about their countries’ own cultures to be appreciated by visitors of another museological and cultural terrain.

This paper will examine this situation through the analysis of thirty-six qualitative in-depth interviews with the staff from New Zealand, Mexico, and Australia who took part in the project. Negotiations, tensions, compromises, dissimilar points of view, different museum traditions arise, but also, collaboration, comprehension, empathy, and learning take place. Through their words and perspectives on the development of Aztecs, we can trace the ways people from different cultural and professional contexts work together in large scale and complex exhibition projects. The organization of Aztecs highlighted and challenged the capacity of professionals to comprehend particular ways of understanding audience interests and needs, marketing strategies, sensitive cultural practices such as human sacrifice and the exhibition of human remains, ways of working, language barriers, and a series of established museum practices that rarely have been discussed within international touring exhibition literature.

The project on which this paper is based is part of a bigger concern regarding cross-cultural museum practice and aims to contribute to the theoretical understanding of touring exhibitions as mobile “contact zones” grounded in empirical data. We will also raise questions about methodological challenges and innovations required to undertake research across national, cultural, and linguistic borders. 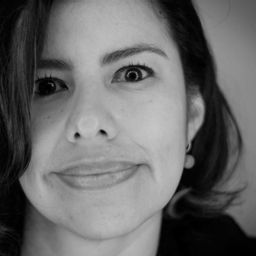 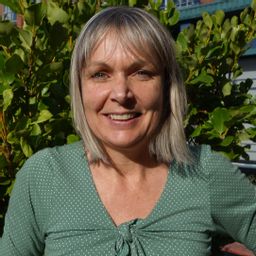