13.30  War as Transnational Heritage in the Benelux-German Borderlands

This paper will question whether memorial culture and battlefield tourism in the Benelux-German borderlands, and more specifically in the Ardennes, have succeeded in challenging our concept of heritage, or if they have instead reconfirmed the solidity of national borders. “Battlefield tourism” began in the borderlands of Belgium and Northern France before the First World War had even ended. During the interwar years, “pilgrims” from around the world visited the cemeteries, memorials, and sites of particularly deadly campaigns for a multitude of reasons: to find the graves of loved ones, to pay tribute to lost comrades, to nurture a deep curiosity about the war or a morbid fascination with violence and death, or simply for recreation. Between 1939 and 1945, many of these “sites of memory” of the Great War were located on territory that would experience an even more devastating conflict. In Belgium in particular, the result has been the emergence of a booming tourist industry that has capitalized on the continued interest in the two world wars. Tourist brochures, guides, and maps present visitors with a palimpsest of First and Second World War sites that are described as regional and national heritage. Yet the fact that these wars had been fought by soldiers from other countries challenges our understanding of heritage as limited by the nation. Moreover, national borders had themselves been disrupted during these wars, creating zones of conflict that transcend pre- and post-war state boundaries. This was most notably the case when the Eastern Cantons of Belgium, along with Alsace, Lorraine, and Luxembourg, were annexed by the Third Reich in 1940. The reality of the war in these borderlands did not necessarily conform to official, national narratives, despite the fact that many sites of wartime memory are located in these areas.

More recent commemoration initiatives highlight the world wars as a shared, transnational experience. In some cases, by focusing on war as transnational heritage, regional memory can actually be reconciled with official history. I will analyze Luxembourg’s National Museum of Military History, Belgium’s Bastogne War Museum, and the Belgian-German “Route of Commemoration” international hiking loop. In each case, war has been commemorated in profoundly different ways, which in turn reveals conflicting concepts of the relationship between nation, region, history and memory, and the very idea of heritage itself. In some cases there is an increasing acknowledgement of the complexity of the wars that challenges the traditional concept of heritage as bounded by the nation, while at the same time there remains a refusal to abandon the nation as the dominant lens through which war is understood. 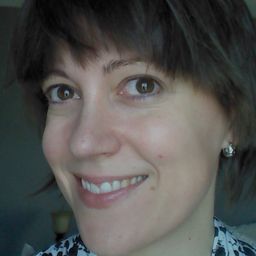