Archaeology has many faces. It is often recognized as a tool for economic development even though it may sometimes be accompanied by tales of neglect and destruction. At other times, it is seen as a powerful tool of social engagement. Public archaeology has even been called the conscience of the discipline. Critical archaeologists go further and may ask even more pointed questions such as Shannon Dawdy’s “Should archaeology be useful?” or “Can archaeology save the world?” Can archaeology be all or any of the above? Need one or another of these facets exclude the rest? I have seen examples of each of these facets in my thirty-year tenure as chief archaeologist of the City of Québec, a UNESCO World Heritage City, and could handily repeat Dawdy’s questions! These questions are developing a particular importance in the context of the implementation of recently adopted heritage legislation in the Province of Québec. Furthermore, the municipal level is increasingly seen as the central locus for protecting archaeological heritage resources and for engaging the public, so it is crucial to address these questions in this administrative context.

Heritage legislation is a provincial responsibility in Canada and new heritage legislation was adopted in the Province of Québec in October, 2012, replacing the 1972 Cultural Properties Act. The Cultural Heritage Act defines new obligations for municipalities and offers different possibilities to protect and develop their archaeological heritage resources on an elective basis. New legislation and concomitant policy are applied at the local level in a real-life context with its own history. In Québec City, archaeological projects have been undertaken by several actors, be they commercial enterprises or grassroots organizations. Each has its own goals, but all participate in the development process at different times for site development, research, and interpretation. These projects will be examined as case studies for community-based programs in the wider context of historical archaeology in a French cultural environment in the English sea of North America.

The City of Québec, working with public and private partners, has developed an approach to the management and development of its archaeological heritage. This approach, based on synergy and collaboration, stands at the juncture of governance and public participation, of legislation and practice. Québec City is a useful case study of the role of public archaeology for several reasons. As a World Heritage City, Québec must meet high international standards of heritage protection. The city has a particularly rich heritage—there are four legally protected heritage districts and a large number of heritage sites—that must be respected by public authorities, commercial enterprises, and the public. The city has one of the longest-standing archaeology programs in Canada and can thus bear witness to renewed governance and practice in changing political and economic circumstances.

The City of Québec has worked closely with public and private partners over the last thirty years to assure the preservation and enhancement of its archaeological resources. City archaeologists are currently preparing an archaeological master plan for its four legally protected historic districts, one of which is a UNESCO World Heritage Site. This is being developed in the context of renewed heritage legislation and the adoption of a revised urban master plan required under provincial planning legislation, but in a manner to capitalize on major achievements of past efforts. The archaeological master plan will be accompanied by policy and programs designed to foster public interest and promote participation in the process. In the end, the city hopes to reconcile the different facets of archaeology and respond to the questions posed above. 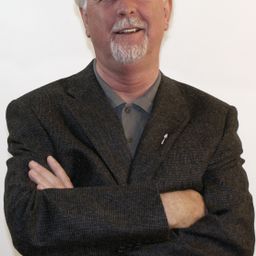