14.30  Owning Jerusalem's Past: UNESCO World Heritage and the Struggle for Symbolic Recognition

The aim of this paper is to reflect, from an historical perspective, on the ways the 1972 UNESCO World Heritage Convention opened a new space to the dispute over Jerusalem's Old City's heritage conservation and definition. What role does UNESCO's universalizing heritage construct play in a contested city, such as Jerusalem? How are UNESCO's universalizing heritage discourses used by different actors to show hegemonic power or political resistance?

The critical heritage literature has long concerned itself with the interaction of heritage and nationalism, also highlighting the role played by heritage policies in the construction of national identities. Indeed, heritage in divided cities has been used often to reinforce competing historical narratives. Discourses of the past ascribed to spatial remnants are used in divided contexts to prove the right of belonging to the place, and the authenticity of the demand. Therefore, heritage becomes one way to obtain symbolic recognition as belonging to the place.

Over the past decades heritage has been one of the most popular means to fight territorial and cultural sovereignty in Jerusalem's Old City. Definition, conservation and erasure of heritage have also been one of the main tools for reaffirming legitimation over the city and exclude competing historical narratives and memories of the site. Analyzing the nomination of Jerusalem on the UNESCO World Heritage List in 1981 is a good way to shed light on these processes.

The Old City of Jerusalem with its City Walls was entered on the UNESCO World Heritage List in 1981 for its universal significance as the Holy City of the three main monotheistic world religions. Although the city had been under Israel's control since the 1967 Arab-Israeli War, it was the Hashemite Kingdom of Jordan the country that presented Jerusalem's nomination to the World Heritage Committee in 1980. This nomination was the climax of a harsh struggle that had been involving UNESCO since the early 1970s.

What I will argue in this paper is that the struggle about the nomination of Jerusalem's Old City on the UNESCO World Heritage List in 1981 shows how the mere control over definition and description of heritage can be itself a form of resistance in a contested city. 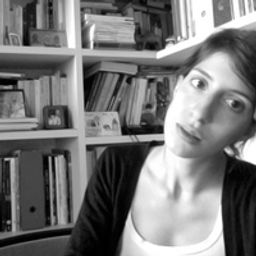