11.20  Quotidian Utopia: Orhan Pamuk’s Museum of Innocence and the Doctrine of Heritage Significance

The expanding use of heritage methods, governance and policy structures to produce an ever-more inclusive, visible, material heritage that particular groups use in the politics of identity and recognition, has tended to overshadow thinking around local and personal forms of place attachment, people/object entanglement, and how heritage places act as locales of “affective contagion” in the present. The doctrine of heritage “significance,” its privileging of the national scale and objective explanations of value, has also militated against the engagement of heritage doctrine and methods with the emotional content of places and things, and their roles as affective agents. While heritage studies has a rich critical tradition around questions of “whose heritage?” or “whose values?” understanding the ways in which “significance” and cultural value are re-defined and negotiated has been limited by the very frame of heritage—the way in which heritage is made legible or discernible through the nation state’s pseudo-empirical definitions of importance which tend to edit out peoples’ relationships with things that might be constituted as personal, sensory, emotional or even imaginary. Orhan Pamuk’s novel The Museum of Innocence, and his museum of the same name, tell a love story exploring themes of memory, desire, unstable identities, place attachment, affective objects and collecting, against the background of social change in Turkey and its manifestation in the urban landscape of Istanbul. I will use Pamuk’s work in this paper first as a form of speculative ethnography to explore issues of place attachment, the relationship between the individual, collective memory and the nation state, and also around what Denis Byrne calls “object-mediated empathy.” Second, Pamuk’s “modest manifesto for museums” sets out what can be interpreted as a utopian vision for a new form of heritage that is reclaimed from the state’s concern with historical narratives by creating new forms of beauty around the quotidian fabric of ordinary human lives. I will reflect on the commensurability of Pamuk’s quotidian utopia, and other current trends in heritage theory and practice that experiment with alternative expressions of value or significance including generative, narrative forms, poetics, co-creation, and “citizen heritage,” and the ever present tension between “official” values and the values people produce in and for themselves. 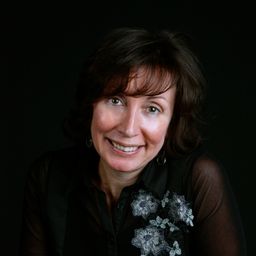