11.00  How Does the Law of International Human Rights Change Heritage? Cooption, Reinforcement and Challenge (cancelled)

Cultural heritage, and international cultural heritage law (ICHL) with it, has been consistently used over time as a means to build identities, and international human rights law (IHRL) has become a cogent legal discourse to safeguard those identities. The example of the movement for promoting the human rights of indigenous peoples is particularly telling: the international indigenous movement since the 1970s has chosen to use culture as the main banner behind which to rally support for the indigenous cause, and therefore the catalyst for the very idea of human rights of indigenous peoples. A human right to heritage is difficult to establish, and, when proclaimed, is difficult to enforce. IHRL and ICHL are also seen as mutually reinforcing with respect to rights to access and participation in decision-making on heritage matters, necessary for the promotion of the much-hailed notion of community participation in heritage governance, and stemming largely from human rights notions. This idea of promoting community participation, even if it is also difficult to enforce and implement in light of the existing legal framework, gets one closer to the idea of a human rights approach to heritage management and governance.

At the same time, though, heritage is often in opposition to narratives of progress in human rights discourses. The definition of heritage contained in the 2003 Convention for the Safeguarding of the Intangible Cultural Heritage (ICH Convention) says that “consideration will be given solely to such intangible cultural heritage as is compatible with existing international human rights instruments” (Article 2.1 of the ICH Convention). All the while, and parallel to these tensions, there is a real risk of a “human dimension of heritage” being expanded so as to co-opt all of heritage under the umbrella of a “human rights approach.” While a human rights approach can be helpful, and it is certainly an important means for the international enforcement of legal.

In addition to the claims surrounding culture, there is also much that can be obscured by a treatment of heritage as being a human rights concern. This paper will explore these concerns from a legal perspective, inquiring into how a legalistic take on human rights changes heritage. 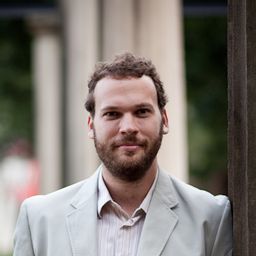