11.00  Hydro-Quebec and the Cultural Legacies of the “Quiet Revolution”: On Photography and the Restoration of Jean-Paul Mousseau’s Lumière et mouvement dans la couleur (1962–2002)

This paper will analyze the complex history of Jean-Paul Mousseau’s "Lumière et mouvement dans la couleur," an abstract fibreglass, resin, copper and steel mural backlit by a series of aleatorily oscillating neon lights, located in the lobby of Gaston Gagnier’s Hydro-Québec corporate head office. A pioneering work of lumino-kineticism commissioned in 1962 for one of downtown Montreal’s first modernist skyscrapers by a government-owned public utility company meant to promote French Canadian economic empowerment, Mousseau’s mural has become, to use the terms of art historian Francine Couture, emblematic of Québécois “modernité globale.” From the day he won the commission, the burly artist from south-central Montreal garnered the attention of many media photographers, eager to take snapshots of him and his mural in the company of French Canadian politicians spearheading the so-called Révolution Tranquille, such as Quebec Premier Jean Lesage and Hydraulic Resources Minister René Lévesque. The inauguration ceremony was indeed a lavish affair: in attendance were journalists, museum curators, young technocrats and older politicians, basking in the glow of colorful, electric lights. The national press coverage, which was directly influenced by the terms set by Hydro-Quebec’s aggressive PR office, was quite extensive and the work was unanimously heralded as a great success. Even a short film, titled Dimension Lumineuse—which showed a heroic Mousseau busy at work in his studio—was produced by the State company. However, in the 1980s, the power went out from the mural, as its complex neon system became defective. Although it remained in place, it was not functional for many years. It was in the early 2000s that a vast project, at the behest of the nationalist Parti Québécois government, was launched to bring this technological artwork back to life. Following its restoration in 2002, the work, which had literally become obscure, received extensive media coverage once again.

This paper will look critically at the active role that photography played at two key moments in the social life of this artwork: first, at the moment of its successful 1962 inauguration and then, following its 2002 restoration, at which point it became recognized as “une pièce maîtresse du patrimoine culturel québécois.”

Rather than simply celebrate this innovative technological artwork as an early example of the progressive 1% art-in-architecture program, I hope to offer a nuanced interpretation of the instrumentalization of public art discourse by various Quebec nationalist governments, who used photographs and other media strategies to project a self-serving image of the State’s role in cultural affairs. This paper will ask two sets of question. First: What roles did photographic images, of both Mousseau himself and of this lumino-kinetic mural, play in the construction of Hydro-Quebec’s corporate identity? How does it tie in with the rise of the Révolution Tranquille “grand narrative”? How significant were photographs in the consolidation of a certain idea of the modern Québécois artists in the 1960s? What were the terms used in the Canadian press to accompany these photographs? Secondly: How were the media photographs taken in 2002 similar or different from the ones taken forty years before, and in what ways did they contribute to the rehabilitation of the Révolution Tranquille narrative (which was coming into questions from various groups across the political spectrum)? 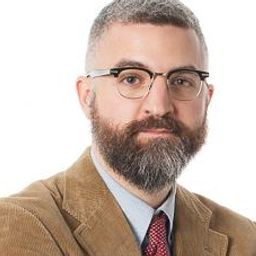