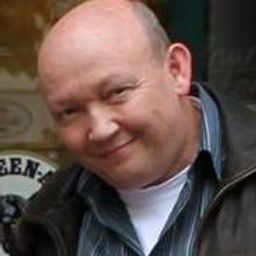 University of Bonn, Institute for Cellular and Molecular Botany
Participates in 3 items
František Baluška is interested in plant roots, cytoskeleton, polarity and tip-growth, endocytosis, vesicle recycling, plant signaling, plant behavior, and evolution of the eukaryotic cell. He has founded together with the Landes Bioscience two new scientific journals: Plant Signaling & Behavior and Communicative & Integrative Biology. He is also editor of the book series entitled ‘Signaling and Communication in Plants’ at the Springer Verlag. He is the author of over 160 papers.
Baluska made original contributions to the study of root organisation by the discovery of root apex transition zone and endocytic recycling of cell wall pectins. He developed, together with his co-authors, a new symbiotic view of the eukaryotic cell and its nucleus on the Daniel Mazia’s Cell Body concept, which can be traced back to the Energide concept of Julius von Sachs. Website.

Sessions in which Frantisek Baluska participates