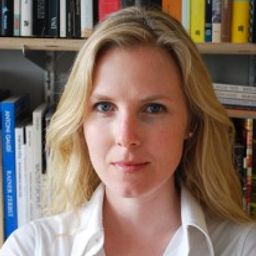 Assistant Professor
Simon Fraser University, School of Interactive Arts and Technology, Canada
Participates in 1 Session
I am an Assistant Professor specializing in Media at Simon Fraser University’s School of Interactive Arts and Technology. I am an anthropologist with a PhD in Anthropology from the University of British Columbia and an MA in the Anthropology of Media from the University of London, School of Oriental and African Studies. As the director of the Making Culture Lab, my research explores the role of digital technology in the documentation and safeguarding of cultural heritage, and the mediation of culture, history, objects, and subjects in new forms. My video and multimedia works investigate documentary methodologies to address indigenous and settler histories of place and space. My work has been published in journals such as American Indian Quarterly, Museum Anthropology Review, and Visual Anthropology Review. I was a Trudeau Foundation Scholar from 2006-2010, a Social Sciences and Humanities Research Council of Canada Graduate Scholar from 2005-2009, a Canadian Polar Commission Scholar in 2006-2007, and a Commonwealth Scholar in 2001-2002. I am a co-founder of the Ethnographic Terminalia Curatorial Collective, which curates exhibitions at the intersection of ethnography and contemporary art each year in parallel with the annual meetings of the American Anthropological Association. I currently serve on boards of directors for the Museum of Vancouver, and the American Anthropological Association’s Society for Visual Anthropology.

Sessions in which Kate Hennessy participates