13.30  Righting History: c̓əsnaʔəm: The City Before the City

c̓əsnaʔəm is an ancient Musqueam village and cemetery located in what has become contemporary Vancouver. “c̓əsnaʔəm: the city before the city” is a series of three museum exhibitions: the Museum of Vancouver (2015-2020), the Musqueam First Nation Cultural Resource Centre (2015-2017), and the Museum of Anthropology, University of British Columbia (2015-2016). Focusing on the ancient landscape and living culture of Musqueam, the exhibits bring a critical history of city building, colonialism and dispossession, museum collecting practices, and Indigenous activism to public audiences. They work to right history by enabling Musqueam to share their history in their own words. Through gentle unsettling and language shifts, visitors are encouraged to reflect critically on received histories and the erasure of Indigenous presence. The exhibitions demonstrate Musqueam’s connection to their traditional territory, and how this community, swallowed by Greater Vancouver, continues the ways of their ancestors.

The three exhibitions center on the ancient village and burial site of c̓əsnaʔəm. It became the subject of public controversy and debate in 2012 when burials were uncovered during construction of a new condominium. This led to a 200+ day community vigil at the site, the lapsing of the archaeology and development permits, and the purchase of the property by the Musqueam. It also led to intense public debates about the rights of private property holders versus the rights of Indigenous communities, the role of the province in assigning archaeological permits, and the very nature of public space. For example, many asked questions such as: Who defines heritage in the city? Who decides what is preserved? Whose heritage is celebrated? This project engages directly with these questions by presenting the larger context of this controversy within the history of the development of the city, the larger colonial context, and Musqueam understandings of the history of the city.

Over the past one hundred and twenty-five years, archaeologists, collectors, and treasure hunters have mined c̓əsnaʔəm for artifacts and ancestral remains for their collections. The land has also been given various names since colonialism, including Great Fraser Midden, Eburne Midden, DhRs-1, and Marpole Midden—a name under which it received designation as a National Historic Site in 1933. Today, intersecting railway lines, roads, and bridges to Richmond and Vancouver Airport obscure the heart of Musqueam’s traditional territory, yet c̓əsnaʔəm’s importance to the Musqueam community remains undiminished. These exhibitions point to the city and histories of development with a new lens. They ask visitors to reassess and rethink the histories of place that are integral parts of Indigenous landscapes but are not clearly or visibly marked with Indigeneity (such as the industrial, urban landscape of c̓əsnaʔəm). They question how Indigenous spaces in the city have been historically considered and articulated by multiple groups.

This project examines the history of Vancouver from the point of view of the Musqueam First Nation. It brings a critical history of city building, colonialism and dispossession, archaeology, museum collecting practices, and Indigenous activism to public audiences. The project also engages many publics (i.e., tourists, Vancouver residents, university and public school students, museum and heritage professionals, historians, archaeologists, and policy makers) in discussions about conflicting and complex interpretations of Indigenous history and heritage sites as well as current debates about heritage and development in the city. As Musqueam cultural advisor Larry Grant explains, “c̓əsnaʔəm: the city before the city aims at ‘righting history’ by creating a space for Musqueam to share their knowledge, culture and history and to highlight the community’s role in shaping the City of Vancouver.” 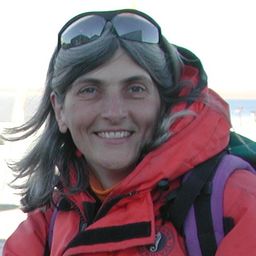