What is involved in presenting the past as a physical object in public space? There is a significant literature by scholars in various disciplines that deals with the array of decisions that need to be made regarding which stories should be told, and how they should be represented. Nevertheless, once constructed, there is a tendency to see these objects as natural, as if they had to be built and could not have been constructed any other way. The Lost Stories project is designed to involve the public in the process of public memory and to make visible to a non-academic audience how a story about the past is transformed into an object.

The starting point is a call to the public for little known stories about the Canadian past; these are then handed over to artists tasked with creating simple historical markers on an appropriate site; finally, the artists' creative journeys are documented by way of a seried of short documentary films. These films, and other related content, will be communicated to the public by way of the project's website (currently under construction), designed to encourage critical reflection about public representation of the past.

While the long-term goal of the project is to create one episode per province, we are in a position to present the pilot Lost Story at the ACHS conference. Following a call to the Montreal public, we received the story of Thomas Widd, founder in the late-nineteeth century of Montreal's Mackay School for the Deaf. When Montreal businessman Joseph Mackay provided the land and the money for the school, Widd's name -- and his own story as one of the few deaf educators of his time -- were literally "lost." This story has now been "found" by way of a mural constructed on the site of the school by Montreal-artist Lalie Douglas, whose creative process has been documented in the 22-minute film produced by Ronald Rudin (the project's director) and directed by Montral filmmaker Bernar Hébert. The film was recently selected and screened at Montreal's Festival International du Film sur l’Art.

For the ACHS conference, we propose a session in the spirit of research-creation. In addition to Ronald Rudin's presentation of the project and its place in the context of public history practice, there would be a screening of the film, and reflection by the artist, Lalie Douglas, about the decisions that she had to make in presenting Widd to the public. We are also hoping to bring in members of the Montreal deaf community to reflect on how Widd has been presented to the public. Finally, in terms of language, while this proposal is in English, if the organizers are interested we could also present the session in French, as the film is available in English, French, and ASL. 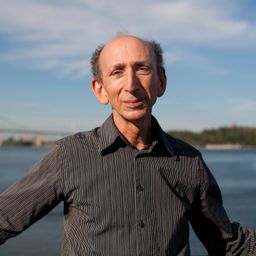