This proposal makes the case that heritage’s capacity for change may be dependent on a paradigm shift in how heritage is interpreted. With this paradigm shift in play, a question is then asked: Can authenticity be used as a design driver to resolve how best to incorporate the four pillars of sustainability in a building’s design?

The proposal begins with a discussion about the difference between using heritage reactively and proactively. It then presents a brief introduction to the evolution of the concepts of sustainable design and authenticity over the last half-century. The argument is made that the idea of authenticity as developed by the efforts of the World Heritage Committee has had a minimal impact on the general architectural community.

To maximize authenticity’s impact on the practice of architecture, a suggestion is made to change the definition of authenticity from an idea that is not a value onto itself to one that is its own value. It is then suggested to use authenticity proactively as part of the design brief mentioned above.

Engaging Authenticity: thinking of authenticity as a design driver

Heritage has changed how the architectural profession deals with historic buildings. It could also change how an architect approaches design. Yet if this change is to happen on a go forward basis, a paradigm shift in how the profession thinks about heritage may need to occur. A main objective of the session Engaging Authenticity: thinking of authenticity as a design driver is to identify whether this paradigm shift is needed to get engagement.

The question: What Does Heritage Change? has lead to the above two disparate answers. The first answer, what heritage has changed, is aimed at the institutional mechanisms and bureaucracy that have been put in place to deal with the question about how to treat an existing historic building. The second answer, what heritage could change, is directed toward the vocation of architecture and how the individual deals with a yet un-designed building. Another way to consider these two answers is that the former deals with architecture reactively while the latter suggests the relationship between heritage and architecture can be proactive. It is because of this change from the reactive to the proactive that a paradigm shift in thinking may be needed.

At the institutional level, heritage is the body of work that includes courses, degrees, standards of practice and guidelines. It is the world of the heritage elites where the authoritative heritage discourse is learned and practiced (Smith 2006). The sole purpose of this heritage is to indoctrinate the practitioner with ideas about what to do, as well as what not to do when identifying and maintaining the significance of a historic building. As such, and because of this imposed institutional rigor, the field of heritage conservation of the built environment has put a box around itself. In its desire to make itself different from the mainstream, it has also introduced a degree of alienation between itself and the rest of the profession; yet heritage thinking can also be something else.

One problem humanity faces within the Anthropocene is re-establishing human kind’s relationship with itself and the natural environment. Beginning in the early 1970s there has been a great deal of intellectual effort spent to understand and then define what sustainability means and what sustainable development includes and incurs in terms of responsibilities and expectations.

There is no agreement about how to incorporate the four pillars in the design of a sustainable building. A relevant question is whether heritage could provide an answer to this design problem. The challenge is to get beyond the intellectual, institutional box that has been put around heritage. To do this, some of the ideas germane to heritage may have to be reconsidered. A case in point is the idea of authenticity. To appreciate why the idea of authenticity may need to be changed, one needs to understand how it is presently defined.

The World Heritage Committee has done the bulk of work around the definition, tests and condition of authenticity in the modern era. This work was done with specific reference to validating the significance (outstanding universal value) of proposed World Heritage sites as a prerequisite for including these sites on the World Heritage List.

The idea of authenticity as it applies to the heritage of the built environment was first introduced in the United States through a 1953 National Parks Service Administrative manual. In it, the term integrity was described as “a composite quality connoting original workmanship, original location, and intangible elements of feeling and association” (Stovel 2008). Over the next forty plus years, the definition of authenticity would evolve back to something similar to this definition.

The Venice Charter also introduced the word authenticity. In the Charter, authenticity is not defined but was implicitly understood by those who drafted and were expected to follow the Charter, a recognition that it was part of the lexicon of those responsible for conserving the monuments and sites of post war Europe.

“The common responsibility to safeguard them for future generations is recognized. It is our duty to hand them on in the full richness of their authenticity.” (Venice Charter 1964)

The question is why has authenticity had such a minimal impact in the both the conservation and mainstream discourse? Considering authenticity as a value onto itself, one can make the argument that there is a visceral connection with the idea. It could be argued that one, if not the primary survival skill of human kind is our ability to cooperate with each other. Fundamental to idea of cooperation is the need to be truthful, credible and real, adjectives that describe the very definition of authenticity

It must be asked why has it not had more of an impact with our intellect, on the way we think and act? What is the disconnect? The premise for this session is that this disconnect exists because of how it has been defined and used. Authenticity as defined above is primarily a tool used to validate and make decisions about existing tangible and intangible creations. It is not considered a value in its own right and is assigned to the relative, dependent on context and time. It is used to ensure that the creation being considered is a genuine representative of a particular cultural value.

While a noble, this is a limited use. If authenticity is to be more of a part of the mainstream rather than a particular way to think about a specific aspect of heritage, then it must have an expanded utility. A paradigm shift in the definition and/or application of authenticity may be needed in order for it to find its entry point into the larger conversation.

Maybe this shift is not required. All that needs to be done is introduce the ideas of heritage differently, in a manner that sparks the general practice’s interests.  Part of what I want to achieve in this session is to take a few steps in one direction with the hope of understanding whether that direction is appropriate or not.

How can the idea of using authenticity as a design driver be applied to the problem of sustainable design, and in particular the design of a sustainable building that focuses on the relationships between the four pillars of sustainability? A design brief will need to be constructed as part of the session.

The brief will set out the parameters of the problem as well as its focus. Within the design brief, the history of how authenticity has been interpreted from within heritage and the sustainable design community will be presented. An alternate definition of authenticity will then be given. It will be considered to be a cultural value in its own right (Dushkina 1995). It is this change in definition that represents the paradigm shift mentioned above. As a value in its own right, and thinking about the design brief, practitioners could use authenticity as a decision maker.

Once you open a door, you do not know who will come in. One potential rabbit hole with using authenticity in this manner is that it would inevitably lead to people asking the question authentic to what? Historically, within the field of sustainable design, this question has been answered by referring to places (Guy and Farmer 2001). But I would like to get beyond this definition because it would lead back to the World Heritage definition detailed above.

The brief will have to get the attention of practitioners. It will need “street appeal”. At this point, architects will need to be consulted to help in crafting the brief. They will have to buy into the idea, so it will have to be marketed sooner than later. Part of this idea’s buy-in will be the normal and expected give and take; however, what is not negotiable is the focus of using authenticity as a design driver. The exercise’s objective is to determine whether or not authenticity helps the sustainable building design process by linking the objectives of the four pillars of sustainability as well as resolve the tensions that exist between each pillar in the design of a building. The designs would be critiqued accordingly.  I do not have an exact answer for how this would turn out, but this the point of the session. 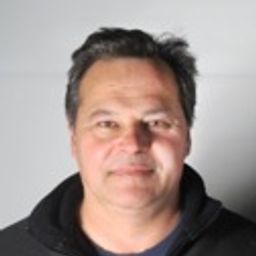