The Cultural Politics of New Built Heritage in Emerging Economies

Themes:
Heritage Changes the Living EnvironmentHeritage Changes Politics
What:
Regular session
When:
9:00, Sunday 5 Jun 2016 (3 hours 30 minutes)
Where:
UQAM, pavillon J.-A. De Sève (DS) - DS-M460
How:
In many emerging economies of the Global South, new urban mega-projects are strategically reviving heritage into simulacra, copies without originals, intended to sell places. We refer to these projects collectively as "New Built Heritage." This type differs from earlier constructions of heritage by canonical state institutions such as museums and ministries of culture in the way its main goal is to differentiate and market places rather than solely to shape collective identities. This session brings together papers that study the particular ways new built heritage occurs, and that analyze the purposes behind such allusions to built artefacts of the past, and also probe the effects on various users and audiences of these projects.
The desire to attract foreign investment and join the global economy has led on the one hand to the adoption of placeless corporate styles, and on the other hand to the manufacturing of new built heritage. The ongoing revival of heritage is curious considering it was the relatively austere idiom of Architectural Modernism that was widely adopted by newly independent states in the decades following colonialism. Architectural Modernism signified a break with the past, and therefore, demonstrated aspirations of "modernity." It was disassociated from "empire" and colonial architecture with its appropriation of the vernacular (e.g., Saracenic in India), but still, its key ideas had emerged from European and American metropoles to be tested abroad. In the case of new built heritage projects, however, scholars are increasingly observing South-South flows of ideas, urban policies and aesthetics.
Builders of new urban projects are increasingly prioritizing "local" culture and "authentic" architectural idioms, and even opting for curated simulacrum in secular projects ranging in scale from kiosks to government buildings, resorts, royal palaces, housing developments, shopping centres, and the planning of new urban areas. There has been a surge in the revival of historic styles, often from non-local sources, in high-profile public and private projects. What often results is a carefully edited version of the past that serves the agendas of the ruling elite.
In this session, we aim to explore the cultural politics of this new heritage revival trend in all of its facets, scales and flows, the forces driving it, and the ways in which hegemonic narratives are being challenged or resisted. Some of the questions our session explores are:
• Whose heritage is being revived, by whom, and for what purpose?
• What narratives are included in new-built "heritage" and who is excluded?
• To what extent is the phenomenon of new-built heritage revival a strategy for empowerment? To what extent is it a strategy for domination?
• What role does economic competitiveness play? To what extent are cities and urban projects using heritage as a branding technique to attract investment and compete in the global or regional marketplace?
• How are nation-building efforts entangled in state-driven newly built heritage projects?
• What role do interpretations of Islam currently play in inspiring new-built heritage in Muslim-dominated countries?
Our session examines case studies in the United Arab Emirates, Turkey, Morocco, Vietnam and Indonesia, and draws on theoretical developments in several disciplines, including geography, architecture and cultural studies. 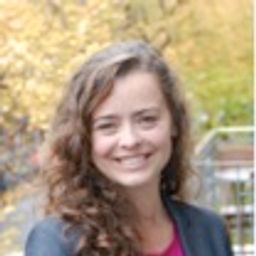