13.30  From Klapa to Neoklapa: The Merger of Heritagization, Identity Politics, and Popular Culture

In contemporary critical heritage research, heritage is complexly connected to the notions of identity (politics), community, politics, tourism, and globalized economy at large. Taking a discursive approach to heritage makes it possible to theorize the thick discursive network surrounding a specific heritage and the ways this heritage is used, performed, represented. This paper focuses on the Croatian intangible cultural heritage (UNESCO, enlisted in 2012) of klapa singing. More precisely, it focuses on neoklapa—a new cultural form—a fuller understanding of which would include discursively approaching neoklapa’s relations to the heritage regime, identity politics, nation branding, and popular culture and tourism. As a part of this broader project, this paper concentrates on the relationship between the neoklapa phenomenon—a popular music movement—and territorially based identities represented therein on regional, national and supranational levels.

Klapa singing is closely associated with the Croatian costal region of Dalmatia, usually perceived as belonging to Mediterranean identity and culture. The emergence of neoklapa is understood in this paper as a part of the process of the Mediterraneanification of Croatian identity, which is also a process of steering Croatia away from Balkan identification. Thus, in neoklapa, this “practical Mediterraneanism” discursively merges with heritage discourse, given that the latter enables the smooth “instrumentalization of heritage for present day concerns and interests.” In the process, neo/klapa is assigned a symbolic capital, an aura of almost “unquestionable value,” which enables it to be harnessed for other (e.g. nationalistic, touristic) ends. Together with the theoretical framework based on cultural and critical heritage studies, the discussion of identity representations discussed here will rely on the multimodal stylistic analysis of several neoklapa texts.

The examination of representations of region (Dalmatia), nation (Croatia), and Mediterranean and Balkan identifications in the neoklapa texts will proceed in two stages. First, the representation of Dalmatian identity will be discussed as ethnographically dualistic (littoral perceived as Mediterranean, and the hinterland perceived as Dinaric/Balkan). Second, the question of how these dynamics inherent to the regional identity representations are transferred to the national level will be examined. Within this discussion, neoklapa and tourist discourse overlap in representing Croatia as the “Mediterranean as it once was” (Tourist Board slogan 2002–15).

Narrowing the broader examination of representations, the following issues will be tackled: (a) the essentializing conceptualization of Mediterranean identity in neo/klapa as a given, homogeneous, Western, European, and static; (b) the omission and/or appropriation of the Dinaric/Balkan elements in representation of regional/national identity—including other, non–klapa cultural heritage, such as ojkanje, a UNESCO ICH element in need of urgent safeguarding; and (c) the rejection of hybrid identities on the Mediterranean–Balkan dynamic, and their latent visibility. In addition to these issues, the presentation will briefly bring the recent development of neo/klapa affiliations and practices outside Croatia (Montenegro, Serbia, Bosnia, and Herzegovina) to attention. The latter case especially problematizes Croatia’s exclusive claim to klapa singing, and further complicates the Mediterranean-Balkan identification dynamic. 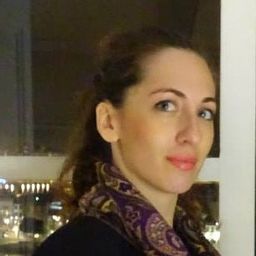