Lao People’s Democratic Republic (PDR) is 134th on the United Nations Development Program (UNDP) Human Development Index. In other words, in terms of the way UNDP measures human development, there are 133 nations ahead of the Lao PDR. This is one of the critical and crucial aspects of international tourism in a World Heritage city like Luang Prabang. Poverty alleviation coupled with economic development is a powerful tourism incentive/driver. World Heritage, in this context, “merely” provides the resource.

This paper will attempt to examine heritage/tourism in Luang Prabang from a local perspective. Such an undertaking leads to an analysis of the complex dimensions of domestic and international tourism and its effects (for example, its increasing integration into the local social, cultural, religious, and economic environment) as Luang Prabang transitions from Thai and Western tourism to an increasingly assertive Chinese tourism. These shifts and processes occur when the iconic nature of Luang Prabang is being re-positioned in the Lao national imaginary.

When Lao locals are asked about “World Heritage” their first response is often far from any consideration of the conservation of the architectural fabric of the city. They are more likely to associate heritage with “a clean environment free of rubbish,” tourism and its economic benefits, and the bans on keeping farm animals within the protected zone. Even those intimately working in heritage management will want to go beyond architecture and ponder on Lao culture (and the indissoluble nature/culture dyad), intangible values, and the protection of spiritual values, especially the water serpent, the Naga, seen as pivotal to their conservation efforts. But equally, “locals” are the ex-pat community who are powerful players in the tourism/hospitality sector. Their perspective is more often tinctured with Western ideas about heritage but mindful of the various Lao responses. None of the “local” responses, however, are immune from the “top-down” apparatuses of the state and of UNESCO. The constant work of conserving the authorized heritage values of Luang Prabang is an ever-present dynamic that has numerous effects on local perspectives and on the evolution of tourism.

Since 2008 and the global financial crisis, Western tourism to Luang Prabang has steadied and Thailand remains the number one source country for tourists. In the last two years, however, massive new Chinese funded hotels have been built outside the perimeter of the World Heritage core. Architecturally, they are constructed in a style that is in deep contrast to both Lao-Thai Modernism and the architectural aesthetics on display in the World Heritage site (and the reason for its listing). The new national highway, a joint Lao PDR-China project, eventually connecting China to Vientiane via Luang Prabang, symbolizes the transformations the region is undergoing and the new tourism realities locals will have to negotiate. Meanwhile, the heritage/tourism nexus remains a fundamental way in which “heritage” is embraced/encountered/understood/practiced/contested within Luang Prabang. 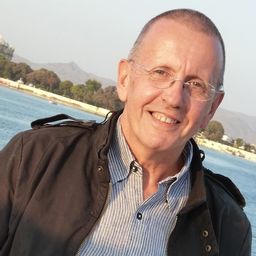