09.30  Conceiving the “Deep City”: The Teaching of Aldo Rossi

“In the utilisation of the ‘old bodies’ of cities, there are both economic and psychological phenomena. They constitute goods as well as references.” (Aldo Rossi, 1966)

Criticism is rising against so-called “sustainable urbanism,” which may remind us of criticism of modern urbanism by CIAM (International Congress of Modern Architecture). Eco-neighbourhoods are the spearhead of a new technical and normative urbanism. Paradoxically, that way of conceiving cities does not easily align with the “old bodies” of existing cities. The most “sustainable” districts are often constructed on abandoned industrial sites or ancient housing neighbourhoods; a “tabula rasa” process that reduces reusable artifacts to rubble. Nevertheless, recent research is being developed on urban life cycles and embodied energy. It echoes the intuition of Aldo Rossi, who, in the 1960s, stressed the importance of reusing old city centres.

Reviewing the work of the Italian architectural movement “Tendenza” may indeed be helpful in understanding the present situation and enlightening the concept of the “deep city” proposed in this session. Rossi’s The architecture of the city, a major theoretical work of that movement, offers a reading of the city in its temporal depth. According to him, the evolution of the city is part of a dialectic between permanences and areas of transformations. Monuments as the “fixed point of urban dynamics” play a fundamental role. Through a series of examples, such as Arles Amphitheatre or Diocletian’s palace, Rossi shows that monuments are either “pathological elements” or “catalysts” able to accelerate urbanization.

While Tendenza’s thoughts provided arguments for the conservation of old Italian city centres, their analysis was also oriented toward the future. How might we conceive new urban fragments that take part in the development of the “deep city”?

This paper will particularly develop the psychological dimension evoked by Rossi, the question of the “reference,” the instrumental use of memory in the process of creation. The mechanism of analogy described by Jean-Pierre Chupin (2007) gives explanations for the Rossian auto-references and the relation of Rossi to his own memory in the second part of his career. According to Chupin, the Italian architect gave up his early theoretical ambition to connect the memory of the designer to the collective memory. This seems nevertheless essential to link architecture to the city and to contemplate monuments as fruits of a collective and “participatory” process.

With an analysis of the “little scientific theatre,” a toy and a device of conception, and more widely of the position of theatre in Rossi’s thought, the paper is aimed at restoring the above-mentioned ambition. Leaning on Gadamer's ontology of the artwork (1960), the architecture of Rossi will be presented as a game, mobilizing both individual and collective memory, a process of representation. This approach results in similarities with Sébastien Marot’s theory of sub-urbanism (2003) assessing that urbanism is an “art of memory.” 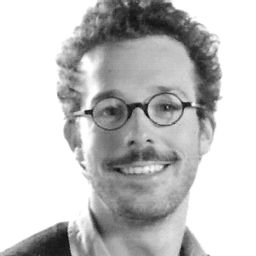