From 1966 to 1985, Edith Mather, an amateur Montreal-based photographer, walked the city’s downtown neighbourhoods with a seemingly singular purpose—to document the evolving streetscape. Embedded in her domestic routine, she began her walks each morning by packing a pram with her son, camera, and supplies, and returned home each evening to meticulously record the visited places. The resulting collection of over 4000 images reveals the city through candid, black and white photographs that Mather developed and printed in her home darkroom, then annotated and catalogued in a series of handmade albums that she donated to Montreal’s McCord Museum in 2012.
While Montreal emerged during that time as a world-renowned modern metropolis, so identified through the construction of architectural landmarks, mass transit systems, and international host events, Mather’s photographs record the underbelly of this rapid transformation. Her images reveal streetscapes fractured by incongruities of scale, architectural style, and building materials, often positioning demolition as the focus of her frame. Through her photographs, Mather argues against the finality of this destruction by paradoxically recreating her city in the image of what was threatened or lost.

This paper explores the act of preservation on a very personal level, asking what can be learned from one woman’s experience of the city during that tumultuous time. Recognizing that the spatial story revealed through the photographic albums is intimately tied to her biographical context, I question how preservation is informed by everyday practices and how the process of preservation—here described through her walking, photographing, annotating, developing, organizing, cataloguing, and donating—blurs the boundaries between public and domestic space. Through examination of the albums and photographs, personal interviews with Mather, and archival documentation of the sites she visited, I analyze her collection of still photographs as a form of re-enactment through which vanished buildings and streetscapes are reconstructed. Reflecting on my own interaction with these images and with Edith Mather, I discuss the mobilization of empathy through acts of demolition and the possibilities and limitations of its transmission through photographic records. 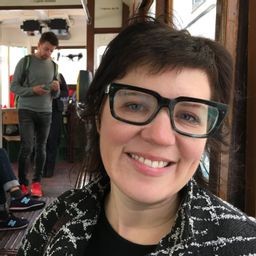