This paper will critically examine the “creative frictions” between intellectual property rights protection through geographical indications or trademarks applied to food products and the safeguarding of foodways as intangible heritage under the 2003 UNESCO Convention.

Foodways are clearly part of “culture” as broadly defined in the MONDIACULT conference of 1982, but initially there was some debate as to whether everyday food culture qualified as “intangible cultural heritage” under the 2003 UNESCO Convention. At a meeting in 2009 hosted by France, and attended by representatives of other states parties such as Mexico, Italy, and Peru interested in making food-related nominations to the Lists of the Convention, it was agreed that food practices were indeed ICH but only as part of “a structured and complex process that stretches from the acquisition of the raw materials through the act of consumption.”

A slew of food-related nominations have followed since then, representing food specialities most frequently described as national rather than regional or local. This could be seen as an example of what De Soucey calls “gastronationalism,” where food is used as a vehicle of national identity, linked also to commercial interests such as tourism and product promotion. Partly for this reason, the food nominations have been the subject of some criticism and debate both within the scholarly community and within the Intergovernmental Committee of the Convention.

As Gangjee has shown, the history of protection provided for geographical indications (GIs, such as Parmigiano Reggiano and Bordeaux) suggests “a shift in emphasis from physical geography (soil, climate etc.) to the human or cultural contribution (collectively generated processes and experimentation).” This increased focus on cultural justifications for GIs echoes the growing “prominence of a cultural heritage rationale within international GI protection debates, including those taking place at the WTO.” GIs and collective or certification marks for food products can be used to reserve the right to use the specific name of a food product in perpetuity, and prevent others from doing so.

Against this background, the paper will explore the notion of foodways as heritage from the perspective of the Convention and the perspective of intellectual property protection, particularly through GIs and collective or certification marks. Whereas the Convention focuses on the meaning and process of foodways as intangible heritage, GIs and trademarks are designed to protect products of such processes. Using mainly European examples, the paper explores the synergies and tensions between identifying foodways as “intangible heritage” or inscribing them as elements on inventories and international lists under the Convention, and protecting the right to market food products under specific names through GIs and trademarks. 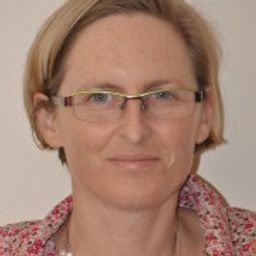