The purpose of this paper is to reflect on the process that turned Vila Itororó, an architectural site in São Paulo, Brazil, into heritage and on the public policies applied to this specific case for its restoration and further use. The focus of this analysis is to identify the disputes built around Vila Itororó’s values and the restoration methods chosen to preserve them.

Vila Itororó is an emblematic case due to the different interests that surround it since at least the 1970s, when it was first recognized as cultural heritage. By that time, Vila was occupied by a low income population. Seeking for the restitution of an original state of the site, the municipal government proposed a restoration project that would turn the place into a cultural centre. This method was pointed to be the best way to preserve Vila Itororó, whose formal and aesthetic aspects were understood to be violated by its dwellers. By that same time, Sao Paulo’s practices toward heritage were being reformulated, influenced, among other things, by two international experiences that were developed in the 1960s and 1970s: the Malraux Plan in Paris and the reconstruction project for the historic centre of Bologna. In the discussions about Vila Itororó, these references were disputed and being mobilized according to different concepts of heritage and its uses. In addition to this scenario, the documental research of the heritagization process has shown that public policies have faced difficulties to promote Vila Itororó’s preservation with the maintenance of its dwellers, due to, among other reasons, a lack of institutional dialogue and a hegemonic concept of heritage and its practices.

In this context, based on an imaginary framework that turns Vila into a heritage that emanates values per se, the governmental actions ended up contributing to create a spectacle, where Vila is seen as a myth that does not depend on those who construct its values on a daily basis, and so can only be preserved by their exclusion.  All these issues are being re-discussed due to the resumption of the 1970s governmental project in the 2000s. The dwellers were all removed between 2011 and 2013. Vila Itororó is now empty and faces the impasses of different concepts, values, and uses of heritage. To analyze and to bring light to the disputes that were held during its recognition process as a cultural heritage is to make way to new public policies that are more concerned and more committed to the idea of how to preserve heritage and for whom. 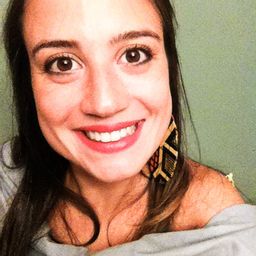