11.00  Urban Green Space as Cultural Heritage versus the Politics of Densification and Sustainability

Frequently used buzzwords in today’s urban environment and planning discourse are “green cities,” sustainability, and densification, often meaning that densification automatically will lead to sustainability. But how does the hope for sustainable green cities meet the need for caring for a “green cultural heritage” such as parks, residential areas, and so on? And how does a wish for more densely populated cities meet the inhabitants’ needs for recreational areas without destroying this green cultural heritage?

Landscape architecture is a long-term investment and commitment. It takes time for a park or a designed landscape to reach its maturity, as trees, bushes, etc. need time to grow before they fully represent the landscape architect’s plans. A fully developed designed landscape represents an enormous economic value that can provide generations of people with space and recreational areas, which eventually can be turned into a cultural heritage that also needs a conservation plan, etc. But what is the place of modern landscape architecture as cultural heritage in strategies for creating a better future? Many twentieth-century parks, residential areas, and squares, are not yet “approved of” as cultural heritage, they are rather heritage at risk. In the planning debate, these cultural constructions of urban green are sometimes regarded as open space awaiting a better destiny, to be filled with buildings that will make them really interesting, and to reach today’s plans for densification.

In this paper, I intend to explore methodological issues related to landscape architecture as cultural heritage in relation to densification and sustainability. I would like to initiate a discussion on renewal and densification versus cultural heritage and preservation. I also would like to bring in a gender perspective that will strengthen the diversity, as it is more likely that a park, a garden etc., designed by a woman is less paid attention to than those designed by men, which inevitably leads to greater risks for changes or even destruction. I further intend to bring in history as a methodological approach. Can we learn anything from a near history to create a better urban future? Publications from the 1950s and 1960s show that professional discussions were similar to today’s: environmental global and climate changes, rural versus urban areas, a necessity to work in accordance with the laws of nature, to name a few. Landscape architects pointed to the fact that, in the industrialized countries, space was the scarcest of all commodities. Recreation was regarded as a need for the inhabitants, but also a threat to the environment. The double role of the landscape architect was underlined: to preserve and to create new urban landscapes and to plan sensibly to protect nature against destruction. Conference contributions aimed at showing how landscape architecture was linked to other arts, as well as to philosophy and humanism and that modern development had reached such a scale and complexity that the situation could be solved only if humanism was brought forward and if all the arts and professions involved were working together. 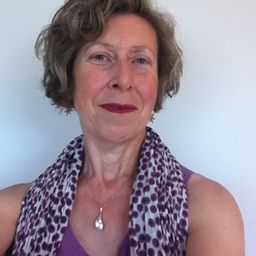