This paper will investigate the interrelation between heritage and scale. It will not only examine scale as a fixed unit and existing category with certain spatial boundaries such as local, regional, national, and international, but also study how scale works as a process of hierarchization and re-hierarchization. I will also deploy the pluralistic meanings of “politics of scale” to analyze the power struggle during the process of production, reconfiguration, and contestation within and among heritage scales.

In investigating heritage institutionalization and practices in China, I will use politics of scale to illustrate a new approach to heritage studies. The following issues will be addressed: how scale is used by heritage institutions to legitimate their authority and produce hierarchies among scales; how heritage discourse is reinforced and affects other scales based on the power structures and uneven development between scales; and how local struggles emerge to negotiate heritage discourse through jumping between scales.

Instead of focusing on one site, as is done in traditional ethnographic research, this study takes heritage discourse as a multi-site ethnography. To understand how hierarchy is established through the heritage institutionalization process in China, I conducted interviews with officials from heritage institutions (at different levels) and engaged in participant observation in a number of international heritage meetings held in China. This study will also draw on three case studies with different perspectives of heritage practices to examine the interaction between different scales. In Lijiang, I will consider the emergence of heritage tourism and its effects on local residents; in Emei, I will investigate the development of a local heritage institution; and in Xi’an, I will focus on the nomination process of a temple as a World Heritage Site. All of these ethnographic findings enable me to deeply explore the role of scale in heritage politics. 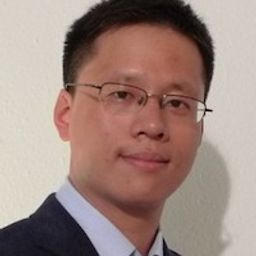