In 1909, Newfoundland’s first pulp and paper mill was opened at Grand Falls by the British newspaper magnate Alfred Harmsworth. Virtually overnight pulpwood was heralded as a modernizing force for Newfoundland. As a consequence of this new industry, Newfoundland’s first domestic migratory labour force was also created. Each winter fishermen left settlements along Newfoundland’s coast to cut and haul pulpwood in remote work camps across the island’s interior, returning each spring to participate in the annual fishery. In this paper I will explore how a mobile labour force was created in early twentieth-century Newfoundland and the experience of these migratory workers. In particular, I will focus on how these ephemeral practices were portrayed and spatialized in elite cultural productions, including literature, photography, and architecture. As a result of these cultural appropriations, I will argue, the heritage of labour in Newfoundland’s early forest industry has been considerably problematized.

For Newfoundland’s political and economic elite, the island’s forested interior was the motivating force behind a national policy that aimed to diversify and modernize the country’s economy. In promotional literature and photographs, this frontier space was portrayed as a hallmark of industrial progress, a lure for tourists, and a moralizing force for Newfoundland. Lumbermen and river drivers were romanticized by reformers in an attempt to construct a moral and healthy archetype of the modern, Newfoundlander. Unlike fishermen who often relied on public relief to supplement their seasonal earnings, woodsmen employed cutting, hauling, and driving all in a single season, enjoying year-round employment. In years when the conditions for cutting were good, a scarcity of fishermen was often feared; in years when the fishery was poor, coastal settlements were deserted by men in search of employment. In time, however, the political promise of full employment and modern wages remained unfulfilled.

Men who travelled to the interior in search of work were often told that no such work was available, and subsistence wages were common. Moreover, deep snow and freezing temperatures made the work of lumbering difficult and dangerous. Newspapers were filled with reports of woodsmen being maimed by axes, drowned, or lost in the forest.

Another effective symbol of this theoretical modernity was the lumber camp itself. Each year, campsites consisting of several log cabins to eat, sleep, and cook in were built across the island’s interior. These ephemeral structures were reflected in a new, national architectural vocabulary. By mimicking these rudimentary spaces of labour, comfortable hotels for tourists and rustic lodges for sportsmen helped reify a benevolent portrait of Newfoundland’s forested interior among promoters and visitors alike. As a building type, the log cabin even inspired a series of private residences and country retreats among Newfoundland’s political and industrial leaders. However, conditions in work camps where “real” log cabins were built to accommodate seasonal workers were considerably different. Workers cabins were crowded and only the bare minimum sanitation was provided. Disease and vermin spread quickly. Men often had to share beds made of tree boughs in order to keep warm.

Labour mobility in early twentieth-century Newfoundland was both a liberating and contested experience. At the same time Newfoundland’s early forest industry provided the country’s beleaguered fishermen with a way to supplement their annual income, economic reformers reinterpreted aspects of this working-class culture to further national goals. By focusing on the lived experience of these mobile workers and their simultaneous representation in elite cultural productions, Newfoundland’s example raises important questions about how official voices shape our perception of ephemeral labour practices, the spaces they produce, and the paradoxical nature of writing and picturing this intangible heritage. 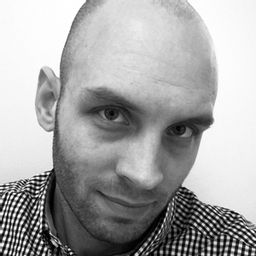