11.30  From Irredentism to Integrationism? Critical Reflexions on the Trajectory of the German Youth of the East (DJO), 1951-2001

This paper draws on an on-going research project studying continuities and changes in the actions, norms, and representations of an ethnic youth movement from an interdisciplinary perspective that is grounded in ethno-anthropology and human ecology. The negotiation of identities in the German Youth of the East (Deutsche Jugend des Ostens – DJO) over successive generations—between a “backward” glance at lost homelands and the “forward” embracing of European heritage of “unity in diversity,” from irredentist nationalism to integrationist multiculturalism—makes this organization a fascinating case study of cultural and social change. Established in 1951 to draw together youth organizations of refugees and expellees from areas of historical German settlement in Central and Eastern Europe, the DJO was perceived during its early decades as a “cadre-forge” of nationalism. In 1974, it was re-constituted as DJO/Deutsche Jugend in Europa (German Youth in Europe), aligning itself with the European movement; following German unification in 1990, it became an umbrella organization for Migrantenselbstorganisationen (“self-organized” immigrant youth groups), and for its fiftieth anniversary commissioned a history entitled “Wir woll(t)en Brücke sein” (We want(ed) to be a bridge!). Apart from this “internal” history, journalistic articles and a few unpublished dissertations, there is a surprising dearth of research on the DJO, although its transformation revolves around key concerns of contemporary cultural research—migration, belonging, integration, and heritage—in terms of concepts, policy, and practice.

Based on archival work, interviews, and participant observation at events, this paper will examine how ideas of place and belonging shape or limit the life-worlds of individuals and groups associated with this organization. How are memories and autobiographic narratives shaped by, and in turn shaping such ideas? Given that even in the DJO’s early years up to 40% of its membership had no migration background whatsoever, how were heritage discourses within the organization grounded in a “lost east”? In the 1950s and early 1960s, strong cross-party support for the idea of a Germany “within the borders of 1937” provided a political context in which the DJO’s discourse of identity, heritage, place, and belonging appeared both in tune with the political mainstream and, in its sometimes militant tone, against the grain of a Zeitgeist that increasingly emphasized reconciliation. As the political culture of postwar Germany shifted, the various expellee organizations, most of which had started as non-party political coalitions, found themselves cast as being on the far-right of the political spectrum. In that context, the transformation that the DJO underwent, in the light of the new Ostpolitik, the opening up of political relations with central and eastern European states by the coalition of social democrats and liberals from the late 1960s onwards, has been perceived as a “reinvention” of the organization in terms of a European spirit rooted in the political centre ground.

However, closer examination of the evidence suggests a rather different set of transitional identities and redefinitions of self, community, other, and place that developed with regard to the heritage practices, memories, and “past-presencing” of the displaced, and of those who associated with their heritages. As places in postwar West Germany changed, local people experienced displacement in their places, with profound impacts on personal heritage discourses as community and place were renegotiated in tension between a “here and now” and various “there and then” locations, including multiple reinventions of what the heritage of the “German East” means.

Contrary to the public image of the DJO, its internal discourses from the very beginning drew links with others world-wide who were experiencing displacement, and the organization’s emphasis on European integration was one of its founding discourses rather than a 1970s invention. 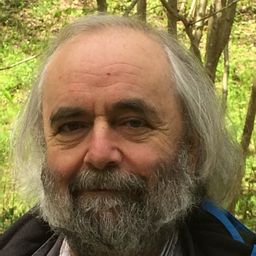