10.00  Challenging the Hegemony of European Holocaust Memory: A Study of Different Approaches to Representing Difficult Heritage in Europe, Asia and North America

Over the past two and a half decades, a new type of museum dedicated to representing violent pasts through the lens of human rights has emerged in Europe, Asia, and North America. The aims and uses of the concept of human rights within the realm of museum exhibitions across these regions differ significantly due to the unique cultural, political, and social settings that shape public history. However, current research does not consider these varied approaches to heritage. In fact, the Eurocentric discourse regarding this issue predominantly focuses on the Holocaust as a core framework in representing violent pasts. Thus, in the context of memory studies, the increased reference to human rights and other humanitarian principles is often linked to the Holocaust and its status as a globalized memory icon that helped raise awareness about the importance of protecting the rights and freedoms of the individual. I propose that de–territorialized uses of the Holocaust did indeed penetrate human rights museums dealing with the representation of difficult pasts in North America, but that this is clearly not the case in Asia, where the Holocaust plays no significant role in dealing with difficult heritage.

This paper will engage with the question as to how cultural, political, and social settings impact on how the concept of human rights is understood and used in different museum contexts dealing with violent pasts. It tackles this issue from a transnational comparative perspective using the following three museums located in Europe, Asia, and North America as case studies: Kazerne Dossin – Memorial, Museum and Documentation Centre on Holocaust and Human Rights in Mechelen, Belgium; the War and Women’s Human Rights Museum in Seoul, South Korea; and the Canadian Museum for Human Rights in Winnipeg, Canada. The aim of my critical analysis, which is based on museum reports, exhibition contents and semi–structured interviews with museum professionals, is twofold: to carve out different uses of the human rights concept in relation to respective cultural contexts and to examine the extent to which these contexts impact on how the institutions position themselves in relation to the Holocaust past.

By exploring this topic from a comparative point of view, I intend to showcase differences and commonalities in human rights museology across a range of geographical, cultural, and political landscapes with the aim to challenge the hegemony of the Holocaust in European memory discourses dealing with the representation of violent pasts. 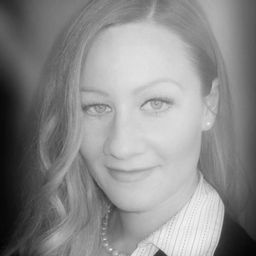