11.30  The Texas Freedom Colony Diaspora: The Role of Memory and Performance in African American Place-Making and Preservation in Texas (cancelled)

From 1866 to 1890, in the shadow of the Civil War and the violent American race relations that followed, former slaves founded more than 500 “Freedom Colonies” or Freedmen’s Towns across Texas. Since then, a variety of factors facilitated Freedom Colony descendants’ dispersal. However, descendants, particularly those who no longer live in settlements, have sustained their attachments to and nurtured stewardship of cemeteries through annual celebrations and oral tradition, even as physical manifestations of dissipated places.

This paper is an excerpt from my doctoral study of descendants of settlements founded by former slaves in Texas. Through that study, I gained insight into how dispersed descendants’ attachments to Freedom Colonies shape their identities and catalyze their historic preservation activities. The study yielded two contentions. First, that memory and meaning, manifested in stories of marronage (fugitive slaves) or cunning entrepreneurship passed down through generations, sustained affective attachment to Freedom Colonies. Second, the re-enactment of Freedom Colony foundational stories reveal an embodied repertoire of subjugated knowledge (preservation practices) used to reclaim spaces or construct new, imagined communities. Although no longer residents, a diaspora of descendants remain committed to keeping the often-intangible heritage of Freedom Colonies relevant to future generations. These human, diasporic nodes of active networks represent the embodied gaps in the literature on Black geographies, preservation, and place attachment in urban planning literature. A constructivist approach was applied to this research, referencing the theories of Deleuze, Neil Roberts, and Edmund Gordon, and specifically their conceptualizations of collective agency, belonging, diaspora, governance (freedom), and territorialization. A network of Freedom Colony descendants and communities across two Texas counties in Deep East Texas interconnected by collective memory, kinship, and cooperative stewardship of their cemeteries was the focus of this study. Nonresidents living in nearby metropolitan areas were also interviewed and stories of settlement origins, cultural conservation practice, and ephemeral performances were documented. During the interviews, annual events called homecomings, and settlement tours, descendants shared the values and memories associated with settlement origins, as well as the influence foundational stories had upon their current preservation activities. The data collected through critical ethnographic methods and archival research, when analyzed, illustrated the manner in which informal preservationists define the cultural landscape and confounds prevailing assumptions about attachment and place among professional preservationists.

Learning the various ways that descendants maintain attachments to settlements can shed light on how planners and preservationists can support bottom-up preservation. The study’s deep description of early African American place-making, networks, and preservation methods expand current conceptions of what constitutes planning and the variety of resources available to address issues in similarly situated communities. This paper will contribute to this session’s concern with how conventional ideas of place and attachment limit the manner and type of recognitions and protections available to regional African American diasporic spaces connected through performance and oral tradition. 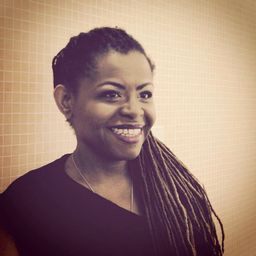